In his first collection for Carolina Herrera, Wes Gordon went to Palm Springs. He found a relaxed take on glamour and a few charming quirks. 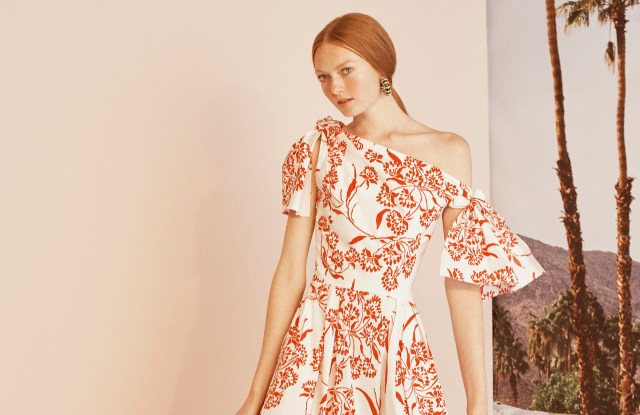 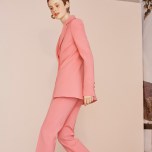 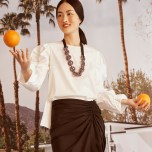 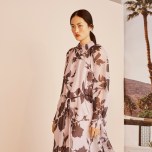 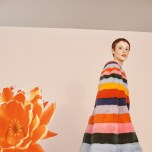 Wes Gordon is ready. At a walk-through of his first official collection for Carolina Herrera, he worked his natural charm, proving he’s got what it takes to front a big-name brand. “Welcome to Palm Springs,” Gordon said, a sweep of the arm indicating the range of vibrant, happy frocks. “This is where the golf course meets the desert, where midcentury architecture meets kitsch wallpaper, where Slim Aarons meets Coachella, a bright, sunshiny oasis. It’s a little quirky and glamorous at the same time.”

Yet since his arrival, Gordon has considered more than how to perfectly deliver the theme-in-a-soundbite. He has thought long and hard about the legacy of the house entrusted to him; about its customers, current and future, and about the role of polished dressing in a casual world. He wants to capture the essence of Carolina Herrera herself, whom he described as “witty and funny and laughing a lot, and the life of the party.” He characterized the brand she developed as “the opposite of norm-core. It’s beautiful and a little flamboyant at times, and you just smile.”

Gordon loves that concept, and wants to retain the best of it. At the same time, he knows it must evolve, and he’s not waiting for the runway to make his point. In a big collection (240 pieces), Gordon tempered the classic Herrera tenets with a new ease, both literal, in more relaxed constructions, and attitudinal, via a feisty, wink-and-a-nod palette and embellishments that both embrace and gently mock tradition.

The heart of the collection: dressed-up clothes delivered with dressed-down cool. The day looks featured an array of shirtings, some with skirts, some extended into dresses, and languid, belted dresses with contrasting color splices and a touch of retro. For evening, they-could-be-deb dresses came in flamingo pink point d’esprit spotted with tiny navy hearts and canary yellow tulle with ribbon waist and kitsch 3-D animal embroidery. Another beauty: a discreet-yet-flamboyant take on the signature house dots, a dress with big circles in tone-on-tone fuchsia. And in an unexpected move, Gordon transferred the rainbow concept of the grand Met Gala cape he designed for Lena Waithe into a glorious goddess gown. Together, the two make a statement on diversity both touching and chic.