Niall Sloan looked to the night sky for inspiration in ways ranging literal to abstract.

IsSixWeeksAfterFashionWeek = false
By Andrew Shang on May 16, 2018 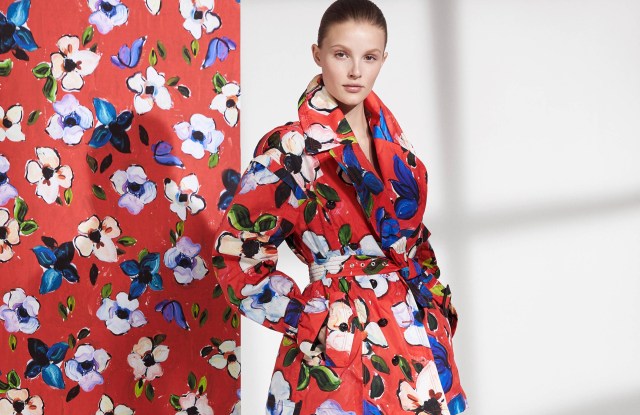 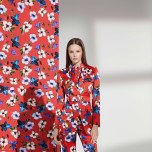 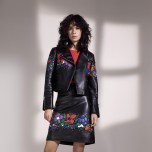 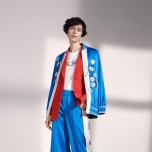 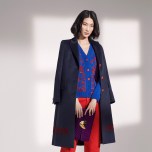 He looked to the night sky — perhaps inspired by the clarity of his newfound home (the designer splits his time between London and Munich, where Escada is based) — in ways ranging literal (a billowing cloud print on a sharp-shouldered dress; a recurring star motif), to abstract (the use of Lurex and velvet to reference starlight).

Sloan has been focused on broadening the brand’s definition of cocktail while leveling a casual thread. The strongest pieces managed to balance flash with restraint, like the shimmery metallic gowns that shaped the body loosely, or a billowy dress with shooting star print. In two seasons, he’s demonstrated a playfulness not commonly associated with the boardroom-oriented Escada woman.

His playful hand extended namely into daywear. Shots of pink and green livened separates while a brushstroke floral print created through a collaboration with artist Laura Gulshani, who Sloan found on Instagram, provided a sense of youth. The most festive elements came in the form of beading that served as mismatched buttons on a double-breasted leather coat or as trimming on a great trench that winked to his time at Burberry.