Angela Missoni looked to disco to inject a sense of uplifting freedom and youthfulness into her secondary line. 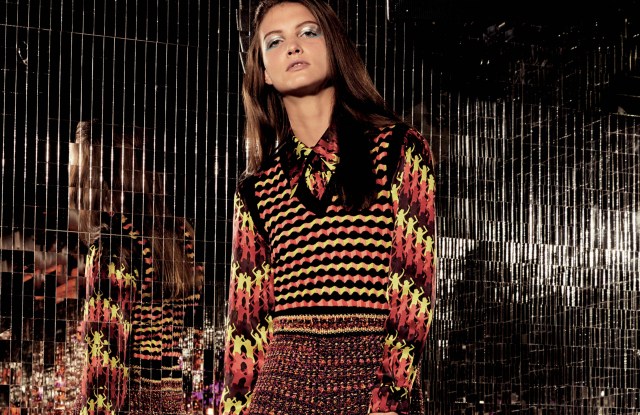 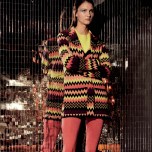 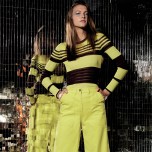 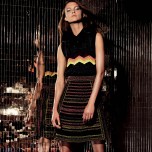 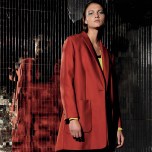 Angela Missoni is having a good time. The creative director looked to disco to inject a sense of uplifting freedom and youthfulness into her secondary line, mixing signature chevron motifs and graphic patterns against shimmery fabrics and a punchy palette.

Resort marks the return of the label under the designer’s purview following the expiration of the licensing agreement with Valentino Fashion Group. Missoni appears to be steering the brand into younger territory, amping up playful prints like neon leopard, broken stripes and a Pop Art-inspired dancing queen motif onto easy-to-wear, flirty separates.

She injected a casual sportswear thread with a take on logomania, including an “M” print on more masculine button downs, and another jacquard with different scales of the letter for an abstract geometric effect. There were elements of refreshing innovation, as in a blazer-knitwear hybrid and pieces with built-in layering, like an orange and navy cropped cardigan attached to a longer cami top. Even styling took its cue from a willingness to mix-and-match clashing patterns and colors in a seamless way, like an energetic zigzag vest styled with striped long-sleeved and sequin-inflected joggers, or a geometric “disco ball” jacquard cardigan with metallic trousers that could live in any holiday party.