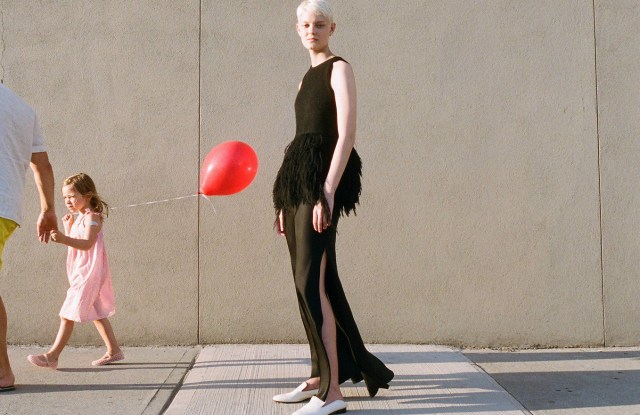 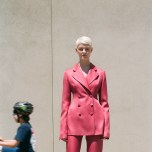 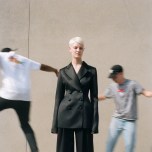 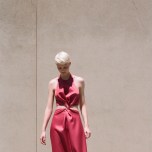 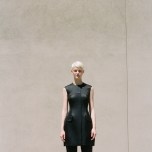 Best known for her sleek and refined ready-to-wear, Marina Moscone took to resort to emphasize its grounded, daytime appeal.

“She kind of looks like a hungover Mia Farrow,” described Moscone of the collection that was inspired by the carefree spirit of Farrow and Lee Radziwill. Staple twisted tunics and draped slipdresses, which could be worn over any of Moscone’s sleek trousers, were given the treatment and worn with flats because the designer “wanted it to feel very anchored and pared-down.” From basque tailored blazers and bustiers, in rose and black, to wavy, scrunched top-stitched sets, the collection’s details and craftsmanship shined. While Moscone’s version of day, like a frayed fil-coupé sleeveless top and trouser, is much more refined than today’s casual mind-set, the thought of her clothes waltzing down the street at noon on a Tuesday was divine.

In a pastel palette inspired by the works of Helen Frankenthaler and Cy Twombly, Moscone added transparent dresses that could be layered together or worn over one of her many slipdresses. The designers noted the importance of layering these light and seasonless pieces for day-to-night wearability.