The lineup was awash in quirky, saturated Sixties colors used to pop against offbeat neutrals like slate brown.

IsSixWeeksAfterFashionWeek = false
By Jessica Iredale on May 30, 2018 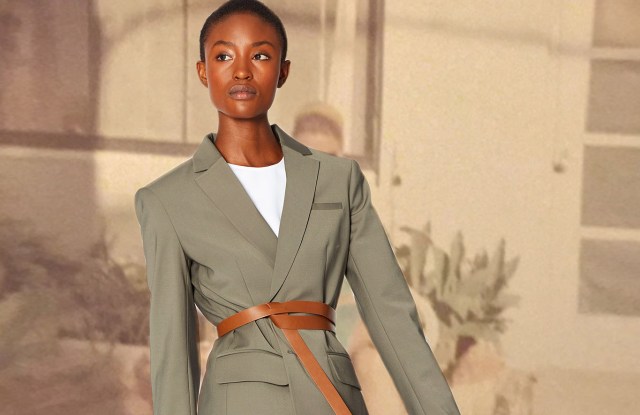 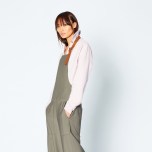 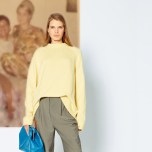 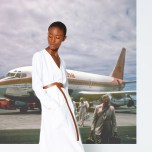 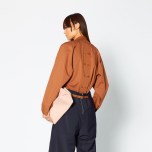 There were several things on Amy Smilovic’s mind when designing resort. First, the final season of “Mad Men,” when Don Draper and crew had gone to California only to come back to the harsh reality of New York. Second, how does one keep the color, and upbeat vibe of a mid-winter vacation alive in her urban wardrobe? And third, how to keep the collection elevated?

The lineup was awash in quirky, Sixties colors — sour green, saturated lavender and pink, bright blue — used to pop against offbeat neutrals like slate brown. They were used on easy, sophisticated shapes and shown in combinations that took any color intimidation factor down a notch. The silhouettes and fabrics were meant to be “buy now, wear forever,” said Smilovic, noting that a draped shirtdress layered under a cashmere sweater or cardigan — a big silhouette in the lineup — could make it through 12 months a year.

There were spare oversize blazers and dresses with wrap-around leather belts. Midi lace dresses in pink and green had athletic details to keep them in the tomboy zone, as Smilovic likes it. A fluid shirtdress was done in a green and white Hawaiian print. A quilted trench and ironic retro plaid jacket and trench skirt offered a wink at Sixties daywear updated for the 21st century. A blue jacket and asymmetric skirt done in soft glove leather were there to offer color and fun functionality but also to elevate the line. “A lot of the natural fibers are really skyrocketing in price, but I think it’s an important element in the collection to keep it elevated,” Smilovic said of the leather, which was also used on frame bags.