Puffer jackets, tracksuits, windbreakers, logomania and, of course, the Eighties. Maier had it all.

IsSixWeeksAfterFashionWeek = false
By Jessica Iredale on May 11, 2018 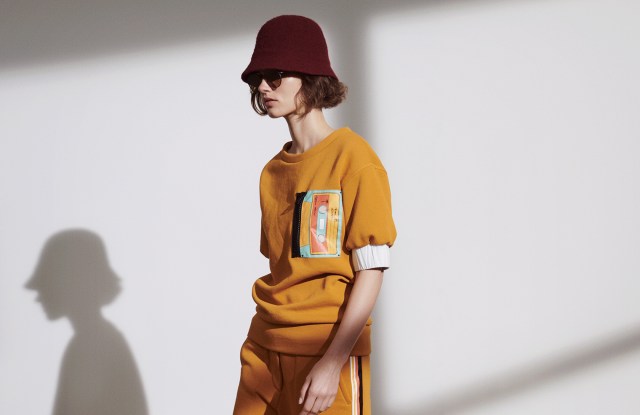 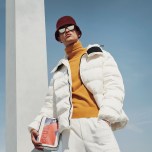 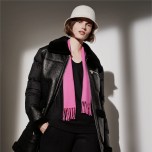 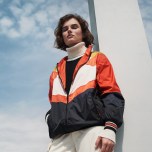 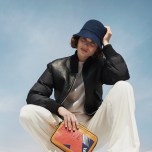 No one is immune to influence. That’s why designers have mood boards. Tomas Maier’s brand is anchored in comfortable, everyday sportswear with a fashion attitude. What are the biggest things happening in comfortable, casual sportswear? Puffer jackets, tracksuits, windbreakers, logomania and, of course, the Eighties. Maier had it all in his women’s and men’s resort collection, handling pieces that are widely available elsewhere with his smart, thoughtful hand.

“It’s a little influenced by the early Eighties music scene, early hip-hop,” said Maier during a preview. Track jackets were reversible and pants, cut wide and slouchy, were done in washed flannel and felted wool jersey to give the dressed-down look a polished finish. Oversize cashmere sweaters and fitted knits in sporty graphic compositions were chicly athletic, likewise the down puffers and shearling and nylon jackets. Maier’s signature palm-tree motif was done in an Eighties Los Angeles way, the long, skinny palms printed against pink sunset skies. Adopting his branding to the seasonal theme that way made sense, though the same could not be said for cartoony graphic cassette-tape motifs, which felt too juvenile for Maier’s clientele.

Logos are everywhere, so it was less surprising to see “Maier” stamped boldly on shoes than it was to see in the collection versions of giant “ugly” sneakers that are sweeping the market. Keeping with the times is important, but so is staying true to one’s own vision.