IsSixWeeksAfterFashionWeek = false
By Bridget Foley on May 22, 2018 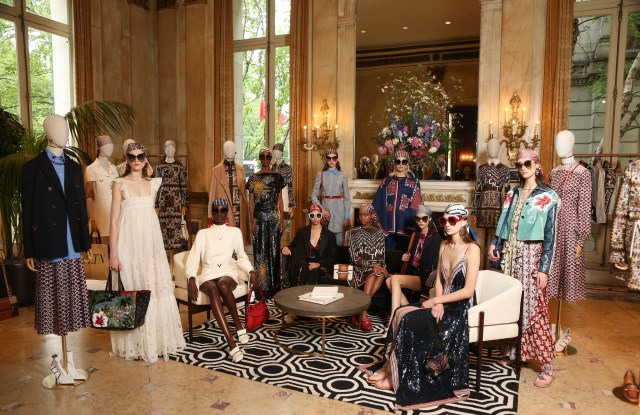 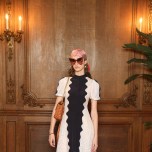 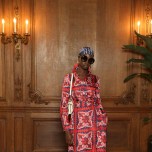 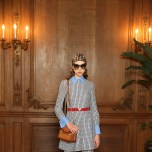 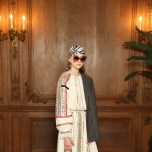 A little Jackie O, a little archive, delivered with street attitude and a whole lot of Roman allure. Such were the elements comprising Pierpaolo Piccioli’s feisty-chic resort collection for Valentino.

Once again, Piccioli presented the collection in New York, at the grand James B. Duke mansion on East 78th Street. Though he loves New York and remains dedicated to showing his pre-seasons here, this time around his heart was back in Rome, though not the city of romantic cliché. “Rome is layers and layers,” Piccioli said. “I wanted to capture the life of the street but in a very personal way. Rome isn’t only a postcard, it’s the harmony of many layers together — Baroque, paganism, angels, industrial, the churches, all of it. When you think street, you think New York. But Rome also has a contemporary street life.”

Piccioli thus commissioned photographer Andrea Spotorno to shoot the look book there, not the “postcard Rome,” but the little corners, all around.” There is indeed a “Jackie O in Italy” vibe, both in the immediacy of the shots (think paparazzi) and in the styling, with head scarves and giant glasses punctuating most of the looks.

The designer’s approach to the shoot parallels that which he took to the collection itself, mixing scarf logos, denim, mannish suitings, gentle eyelets, structure and flou, often shown in states of extreme counterpoint. “I wanted to create the harmony that comes from different identities mixed together, different cultures mixed together,” Piccioli said. “Today, it’s important to allow people to express themselves through pieces that have their own identity but can be mixed many different ways. Everyone can do it in their own way.”

In other words, sportswear! Beginning with last year’s hip-hop-inspired collection, Piccioli has focused on shaping his Valentino pre-collections into deep offerings of real-life, real-wardrobe clothes. Hardly a novel approach, yet he refuses to compromise in the name of pre-season pragmatism. So, while he’s hyper-conscious of making pieces that swing young to entice next-generation types, he keeps his fabrics tony, his cuts exacting and the decorative flourishes impressive, whether in the embroidery on an Aran sweater, a broderie anglaise cuff extending past the sleeve of a minidress or a scarf dress in relaxed, flyaway proportions, but fully embroidered in sequins with bugle-beaded border.

While the collection was broad, ranging from jeans to decorative takes on classic outerwear to those stunning romantic gowns, Piccioli chose to highlight the “street” leitmotif. In that context, logos “bootlegged” from Seventies archival scarf prints abounded, in, for example, a tunic dress with pleated, flyaway back; shirtdresses, and an audacious silk twill tracksuit under a double cashmere jacket. While Piccioli namechecked an Eighties element her or there, the crisp precision of many of the cuts silhouettes projected a subtle Seventies aura.

Piccioli insisted that his logomania was less about branding than the application of the graphics as interesting design elements. Yet for women nevertheless wary of such public displays of brand affection, he offered a reissue of pristine white dress and an idiosyncratic butterfly motif, its winged beauties fluttering across shoes, bags and sweaters, as bold as they were romantic.