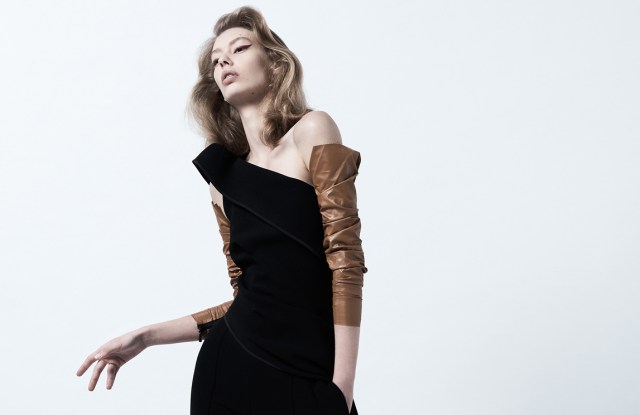 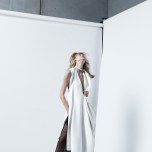 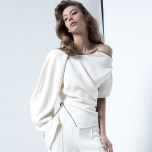 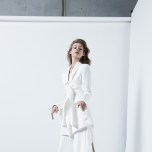 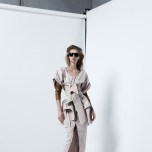 For resort, Australian designer Toni Maticevski did not deviate from the draping, layering and ruffling that are his established signature. The driving notion of the season was “considering a fluid gown as a tailored outfit instead of an evening dress,” he said at the presentation.

Helped by the heavier hand of matte bonded crepe, the result skewed more architectural than fussy, even when he dabbled in laces and printed florals. Sportswear elements appeared throughout, balancing the drama of floor-length trains and voluminous ruffles. While rounding out the contemporary mien of the collection, they served structurally as interlining. On polka-dot chiffon trousers, it strengthened the waistband while offering visual contrast; as a bandage dress, sports tape provided the graphic kick of the outfit.

Among the standouts were a just-draped column dress with contrasting piping; a similarly wrapped one-sleeve top, seemingly held by only a long zip; a long wine-colored jacket became a dress by cinching a flowing cummerbund-corset at the waist, and a blouse with a train that paired equally well with cigarette trousers or a flowing skirt. Those were the sort of items that played off a body’s strengths to cast a woman as a head-turner rather than pretty in passing.