Husband-and-wife duo Filip Arickx and An Vandevorst focused heavily on couture-level craftsmanship, yet sold to buyers during ready-to-wear. 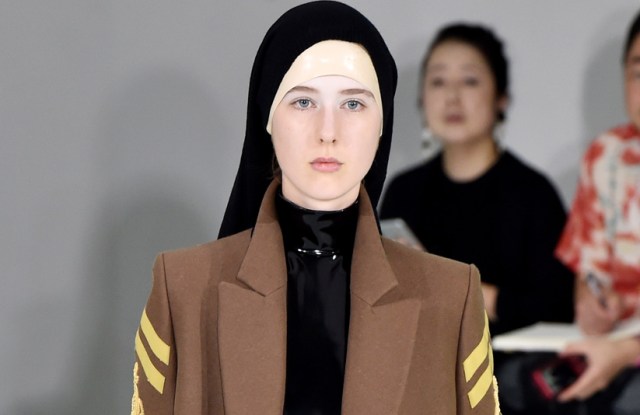 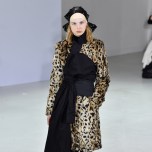 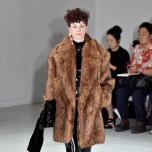 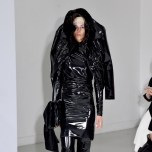 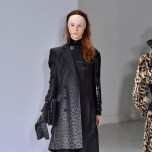 “Being on the couture schedule gave us freedom. Because we are guests, we are not bound by the real rules of haute couture,” An Vandevorst said after showing the 2017 fall collection of A.F. Vandevorst, the brand she helms with husband Filip Arickx.

With commercial concerns out of the way, the Belgian design duo focused heavily on handicraft, be it on high-end or pedestrian materials. “Nothing [can be turned] into something incredible,” Vandevorst argued, pointing out the plastic bags that had been turned into a bustier ballgown.

The two played with their usual dichotomies of military-urban and formal-informal on an eclectic array of sharply tailored military jackets and trousers, hoodies and floor-grazing tiered skirts.

A touch of latex, as bodysuits or chimney-neck sweaters, gave a chunky fringed knit coat worn folded over the elbows a kinky and of-the-moment elegance. On a number of heads, Stephen Jones-designed headpieces completed the outfits.

If some looks were too mundane for this exploration in craft — an all-black sweater and vinyl pleated skirt came to mind — others shone. These included a bustier  jumpsuit with its raw silk fading into a leopard jacquard design, echoed on its matching fitted overcoat; sun pleats bursting from the waist on a dress with rhinestone-encrusted sleeves, and an ovoid knit dress in a tapestry pattern that was lightly felted.