The couturier channeled Studio 54 glamour for the after-dark focused collection. 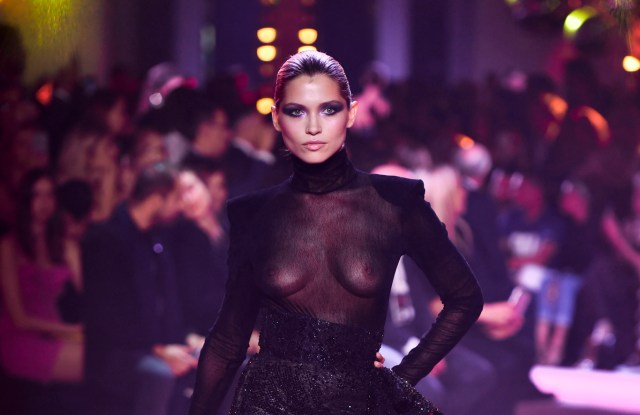 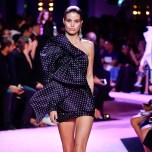 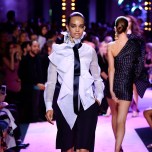 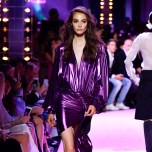 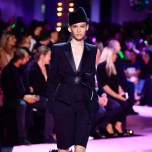 “Couture can be a bit ceremonial and serious but you can have fun. It’s a question of attitude,” said Alexandre Vauthier, who channeled retro glamour à la Studio 54, with giant disco balls hanging over the runway and hot pink lights accentuating the line’s after-dark mood. Transparency and glitter were among the leitmotifs.

The accessories included metallic footwear, veiled hats and supersized asymmetric crystal chandelier earrings straight out of the Eighties. Vauthier also revisited Le Smoking with a short wide pant with a high split, accessorized with metallic boots. But it was the quieter moments like the ultradelicate organza tops with expertly sculpted ruffles that sang.

Nodding to haute couture’s upbeat, opulent heyday, the show as a whole felt a tad costume-y, but the collection, in its unabashedly sexy parts, will speak to the label’s growing band of modern-day couture clients after something fancy to wear for a night out on the town.