The designer was inspired by fragrances, matching each scent to a color and feeling. 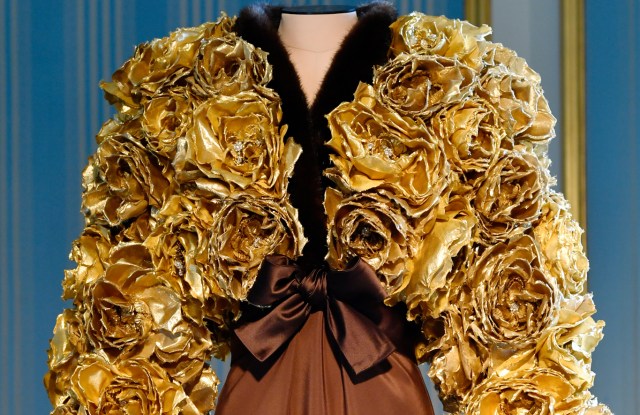 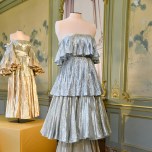 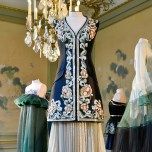 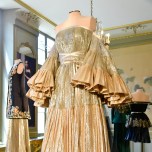 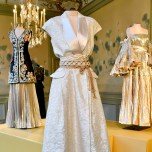 Alexis Mabille said his fall couture collection, shown in a presentation, was inspired by the scent of a woman — hence the fancy color names cited in his show notes.

Peony, carnation and geranium sat alongside more abstractly named hues like musk, tonka and opopanax. Mabille learned all about olfactive notes from Rodrigo Flores-Roux, a senior perfumer at Givaudan, with whom he created the fragrance Beau Bow for Six Scents in 2011.

“I have a very strongly developed sense of smell — for better and for worse,” he explained, adding that he matched each type of scent to a specific shade. “I wanted to talk about colors, feelings and the intimacy of that, because when you are getting dressed, especially when you buy couture, you also play a role.”

Indeed, many of his creations had a theatrical flair, even though the designer said skipping a runway show this season allowed him to design the collection more as a wardrobe.

But how else to describe a scarlet satin opera cape with stiff bows framing the face? The intricately constructed garment took four people more than two weeks to sew. He offered a more wearable alternative in the shape of a blood-red short bustier dress sprouting ostrich feathers in a dégradé of red to pale pink.

There were obvious show pieces, like a jacket made from bristling gold lamé flowers, but many of the dresses were surprisingly light. A column dress in green pleated organza floated off a transparent tulle top embroidered with forget-me-nots.

Mabille even managed to give one of his trademark Scarlett O’Hara gowns the featherweight treatment. The off-the-shoulder dress, piped with midnight blue satin, was made of layers of sheer pleated tulle in gradations of nude and white — or should that be almond and cherry blossom?