As the house of Dior turns 70, Maria Grazia Chiuri designed her fall couture collection an homage to the house founder. 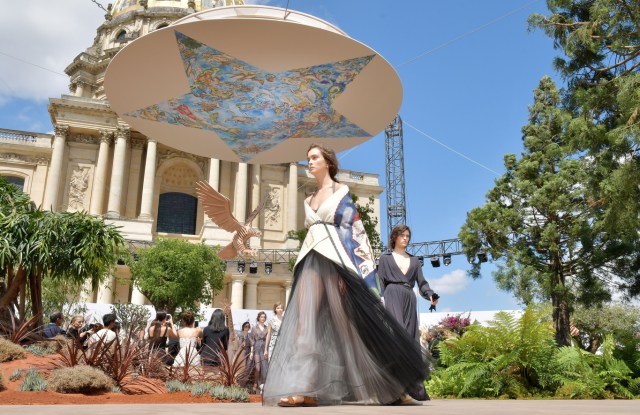 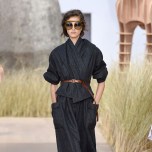 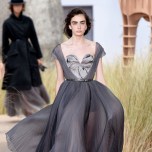 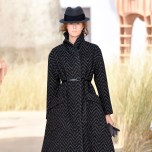 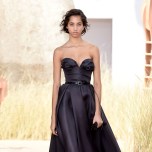 Backstage before presenting her second couture collection for Dior, Maria Grazia Chiuri made no mention of the show’s travel-themed set featuring a thicket of exotic foliage and a menagerie of large, stylized wooden animals. Nor did she of Christian Dior’s quote, cited in the show notes, that he sought to “address all types of women in all countries.”

Instead, Chiuri said that, with the major exhibit at Les Arts Décoratifs opening and celebrating all of the house’s couturiers, for fall she wanted to “make the inspiration only about Mr. Dior, to make an homage to Mr. Dior.”

Since her arrival, Chiuri has shown an inclination to run hard with a theme; her first two ready-to-wear collections centered on fencing and the color blue, respectively. There’s nothing wrong in so specific an approach; numerous designers build collections around singular concepts, and for the most part, the rest of the fashion world accepts the construct. If you like the note and its execution, you probably like the show.

Sometimes the single note constricts too tightly, just like a corset pulled one stay too far. That’s what happened here, resulting in an uneven collection with a range from alluring to quizzical. Chiuri worked a particular archival silhouette — small bodice over major length and volume — repeating it over and over through 66 exits. A line list identified specific inspirations, all from the late Forties and early Fifties.

At times, the idea soared, for example, when realized in a number of glorious evening dresses, their appeal sprung not from retro reverence but timeless sophistication. Cases in point: a pair of velvet bustier gowns, one black, one plum, and a graceful pleated wrapdress in anthracite georgette. Others were equally lovely. But in her zeal to diversify the constant silhouette, Chiuri sometimes overthought and overworked some details; hence, the awkward satin bustier exposed by the exaggerated drape of one gown’s bodice.

While the daywear bore similar issues with details of cut, that wasn’t its primary problem. Transferring the recurring silhouette into coats, skirts and gigantic pants cut in meaty, mannish wools made for some clunky goings on — with a soupçon of unintentional retro that swung as much Nineties Milan as Fifties Paris.

Conversely, on rare occasions when Chiuri allowed herself some freedom, she rocked it. For example, her velvet patchwork coat, shown over a feathered gown — a round-the-clock stunner.