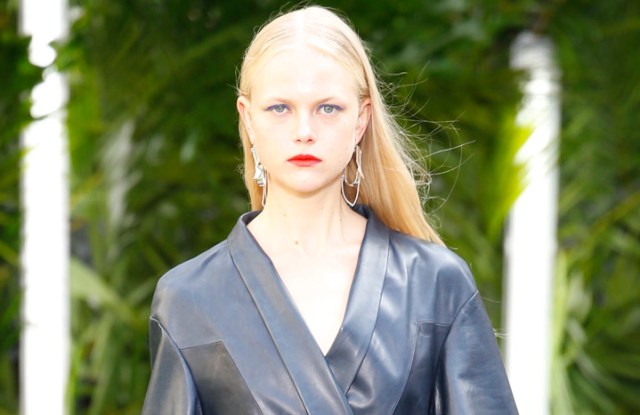 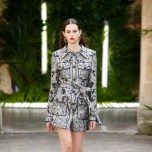 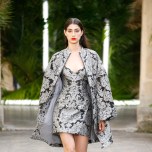 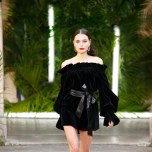 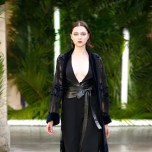 Historic Paris high schools, with their transporting courtyards, were the venue of choice on day one of the couture shows on Sunday.

Splashes of coral were a recurring theme throughout the show, in a nod to a cabinet de curiosités and adding color to black gowns.

Short sequined dresses sparkled red, silver and blue, and contrasted with the longer, flowing dresses that swept across mosaic tiles.

The idea was to “imitate the movements of the fish in deep waters,” Sever explained after the show.

“We live on the beach in Tel Aviv,” added Lahav.

It was the second time the Israel-based label, best known for its bridal designs, has been included in the Paris calendar as a guest.

Velvet played an important role, as an elegant lining on some of the gowns, but was also used to construct trim pieces with plunging necklines.

The pair spruced up the stately limestone building with greenery, bright lights and thumping electronic music.