Bollywood actress Sonam Kapoor was the bride in a glittering show inspired by light and motion. 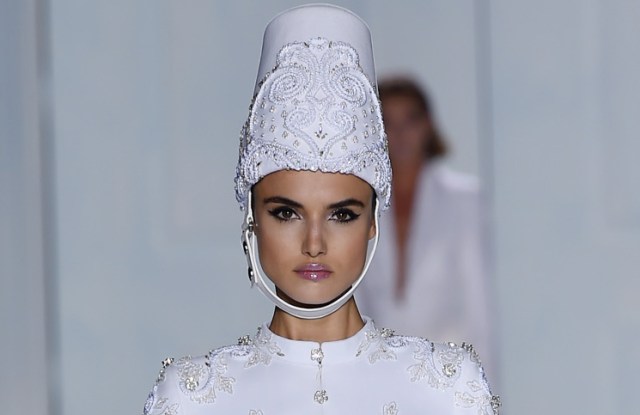 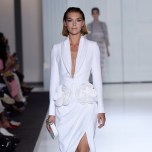 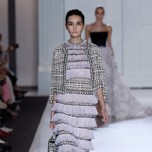 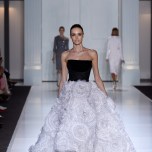 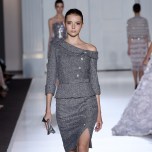 Tamara Ralph and Michael Russo tipped their hat to the marquee photographers — Richard Avedon, Cecil Beaton and Norman Parkinson — who capture the kind of glamour their clients seek when comes time for the red carpet.

It was all about catching the right light, and moving in the right way. Among front-row guests were Zendaya, Chopard co-president Caroline Scheufele, photographer Ellen von Unwerth and actress Michelle Rodriguez. While the show opened with the relative restraint of a white silk crêpe kimono jacket and matching trousers, and a draped skirtsuit, both lightly embroidered, the 57-look procession quickly moved on to cocktail hour and beyond.

The clothes were best when cut close to the female form and scattered with moderate embellishments. A rose gold lace dress with swinging foil fringes and devoré feathers; a black tulle gown with sequined ruffles, or a chain-mail gown in midnight blue with a feathered tulle overlay were among those.

Simpler looks were a metallic tweed suit and a black draped floor-length number, its plunging, embroidered neckline giving the illusion of jewels on the skin.

For the dramatic finale, the bride — Indian actress Sonam Kapoor — drifted down the runway wearing a body-skimming Chantilly lace gown with a double duchess overskirt, a dazzling headpiece holding a cascade of embroidered tulle.