Designer Gabriele “Bebe” Moratti toned things down for this second couture outing for the label, referencing the golden age of Hollywood and Parisian origins of couture. 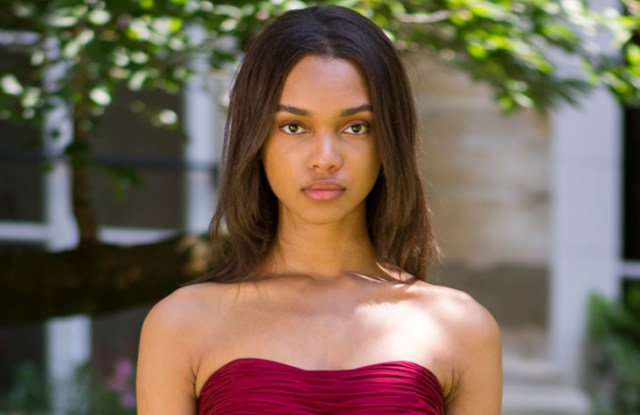 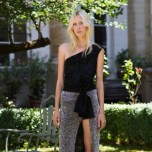 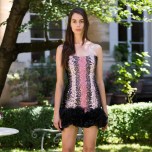 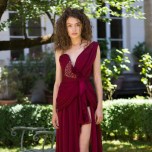 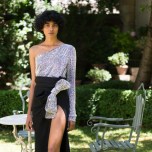 Gabriele “Bebe” Moratti toned things down for this second couture outing for the Italian label, staged as a presentation in the gardens of the Italian Cultural Institute. Referencing the golden age of Hollywood and the Parisian origins of couture, the collection of just 10 gowns exalted pleating and embroidery techniques created in the label’s recently opened Milan atelier.

There was still plenty of glitz and glamour — the house’s signatures — by way of extensive glittering embroideries and encrusted jewels. Redemption’s sexy rock ‘n’ roll influence also remained visible, as in a couple of allover sequined numbers, whether long and off-the-shoulder or super short with a motif evoking snakeskin, but they were not in the majority.

Overall, the collection benefited from being less overt: A pleated minidress with a flowing, layered train in black, and a lilac backless number with a glittering bodice, pleated cummerbund waist and full skirt were cases in point.