This un-wintry winter collection was long on transparency and frothy fabrics. 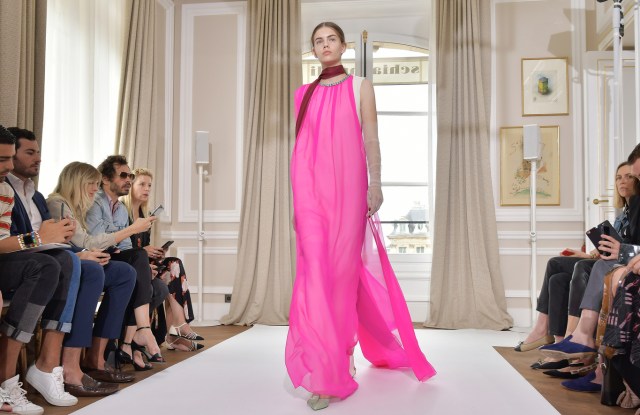 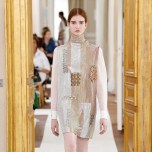 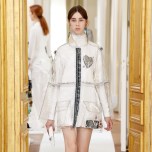 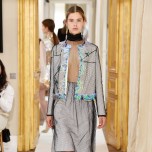 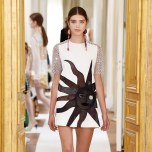 Is it surreal to think that women today could have less freedom than they did 90 years ago?

“In the Thirties, women were maybe more free with their minds,” Bertrand Guyon mused backstage at Schiaparelli, where his mood board featured Leonora Carrington, a painter and novelist, posing proudly for a portrait with her breasts exposed.

In the Instagram age, images of female nudity, however artistic, are immediately censored, Guyon pointed out, making an X gesture with his hands. “People don’t see the beauty,” he lamented.

And so gauzy fabric was the only fog of modesty for many dresses in the designer’s frothy, very un-wintry winter couture collection. “I wanted something much more light, young, with freshness,” he said.

Entering his third year at the house, the designer is sinking deeper into its legacy, recognizing that the fecund period of founder Elsa Schiaparelli was “the beginning of the emancipation of women.” Lee Miller, Nancy Cunard, Marie-Laure de Noailles and Juliet Man Ray also figured on his inspiration board, all “strong personalities” who personified “a sense of freedom and independence.”

Guyon has loosened up considerably, jettisoning sturdy brocades and heavy embroideries for drifting chiffon and crimped tulle. There were also fewer conversational prints and embroideries — one humorous exception being white leather overalls, the bib fronted with embroidered lobsters. (Hold the melted butter!)

Long dresses with fan-pleated skirts are an emerging trend at the high-fashion shows, and his were fetching in lame tartan or multicolored chiffon. Collars in delicate crystal mesh and glass tube embroideries here and there accentuated the delicacy of the clothes.

The lightness was not unbearable, but perhaps shy of unforgettable.