Centered on sculptural looks with artistic tendencies, the collection was fit for true divas. 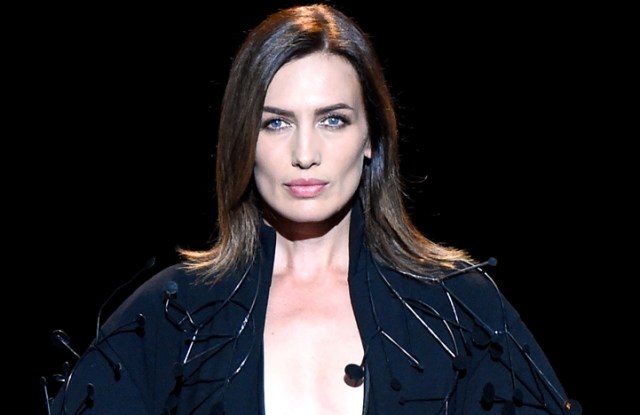 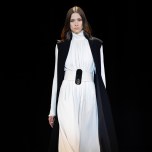 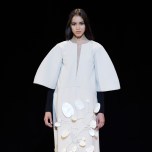 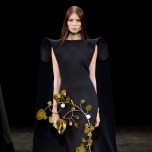 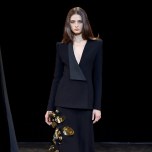 With supporters including Kenzo Takada and Chopard’s Caroline Scheufele cheering him on from the front row, Stéphane Rolland delivered a confident 10th-anniversary comeback show.

Presented on the stage of the amphitheater of the Opera Bastille, the procession of grand gowns was like a showcase of walking sculptures (think his signature corolla gowns and purist column dresses with gravity-defying orchid flourishes at the shoulder).

Bringing some warmth to the hallmark black-and-white lineup were the looks embellished with tribal references like a linear black totem dress with a cubic train and column of carved faces in gold silicon down one side, which was striking. The couturier also cut the profiles of faces into a white crepe fitted top paired with a “waterfall” skirt in glossy black fox, which had a Surrealist twist. Other looks jangled with gold jewelry, with the tribal theme climaxing in a capacious zebra dress covered in hand-painted stripes.

Centered on sculptural looks with artistic tendencies, the collection was fit for true divas. Cue a performance by mezzo-soprano Béatrice Uria-Monzon to wrap the show.