Pierpaolo Piccioli called his fall collection “a reflection about the sacred,” and the results were indeed Heaven-sent, as his looks made covered-up evening dressing alluring and cool. 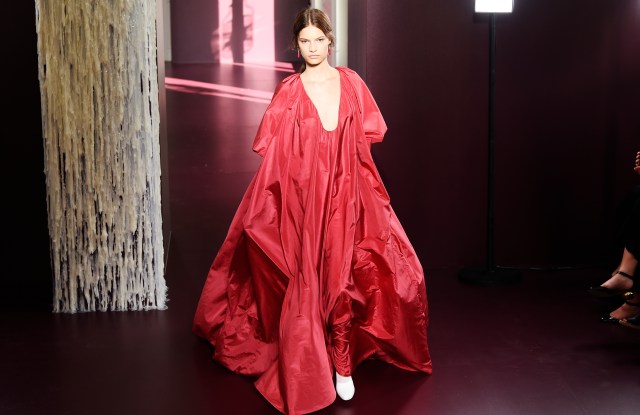 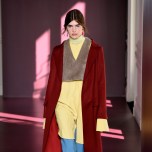 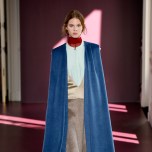 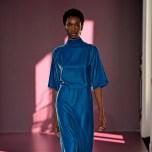 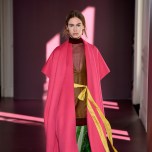 Years ago, John Fairchild had a name for the type of fashion editor who early on embraced the shroudlike avant-garde side of the Eighties, and who appeared to fall into a state of rapture at shows she loved. That name: fashion nun. It wasn’t a compliment.

Would that Mr. Fairchild were around today, to sit down with Valentino’s Pierpaolo Piccioli over a good bottle of red and engage in some serious guy talk about fashion. Perhaps the younger might convince the older that there’s nothing wrong with a little fashion religion.

He’d at least make an impressive case. Piccioli believes genuinely in the power of fashion, couture in particular, to elevate the spirit. Some may find that thought itself profane. At a preview, he explained his premise. “In this moment, everything is digital and about rationalism,” Piccioli said. “I think all of us are looking for something more spiritual, beyond reality. This is really close to the idea of couture because every aspect of the sacred is expressed by rituals, and couture is made by rituals. Sacred is what is beyond reality, what you don’t see but you just feel, you just perceive. What makes couture special, unique and magical is what you don’t see — all the ritual to arrive at the piece.”

Piccioli called his fall collection “a reflection about the sacred.” He was inspired by ecclesiastical garments and the religious portraits of 17th-century painter Francisco de Zurbarán, but also by the prettiest of pagan deities, Venus.

The results were Heaven-sent. That Piccioli turns out a spectacular evening gown is hardly a surprise. His Valentino has made covered-up evening dressing not only alluring, but also cool, no small feat in this era of the social media sexpot on endless display. What intrigues now — and what’s essential for the brand — is the way he’s advancing the look. For fall, he scaled back significantly on the decorative flourish so expected in couture, to work more with an iconoclastic minimalism based on dramatic volumes that fall away from the body, some with that monastic aura. Yet he’s no religious zealot; Piccioli also showed a number of intricately collaged gowns and a pair of billowing beauties — one pink, one red — to befit the chicest of storybook heroines.

Still, the collection’s bigger news was its daywear, cut with all of the obsessive perfection inherent in couture, but not a trace of madame attitude. Rather, Piccioli took a separates approach, layering on piece after piece: long unfettered coats or more statement-y capes over vests over dresses over shirts over pants, all in slightly dissonant colors. Will the couture client go for it? Let’s hope; let’s pray. No, let’s not pray. They’re fabulous, but as Mr. Fairchild would say, they’re only clothes.