The collection played on warped couture-ified spins on the bomber jacket. 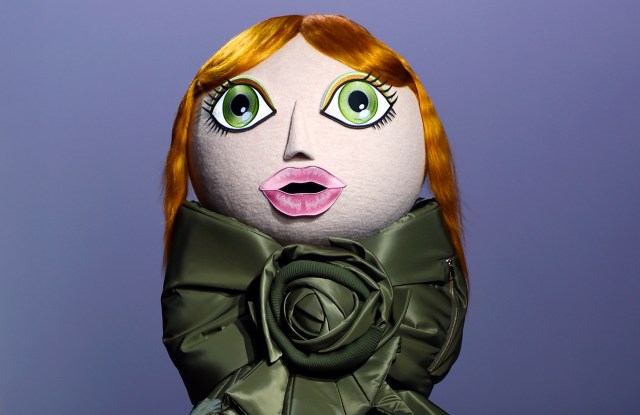 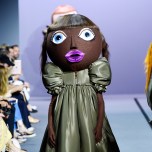 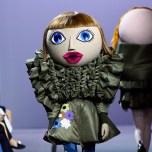 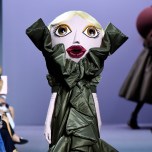 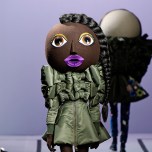 Viktor Horsting and Rolf Snoeren have always been heavy on concept, and here the design duo went heavy on fabric with a show based on lashings of a padded Japanese high-tech fabric manipulated into warped, couture-ified versions of that humble utilitarian men’s wear staple, the bomber jacket. They came paraded, in the show’s opening section, on “haute couture action dolls.” (Read: models sporting hilarious oversized dolls’ heads and Dr. Martens.) “Reality is so surreal sometimes, nowadays, so we wanted to show the surreal and the real,” said Snoeren, summing up their mission “in a nutshell.”

The designers morphed the garment every which way possible, including flipping it inside-out to put the safety orange on the outside. One sported a giant ruff collar; another an accumulation of trademark bows at the back, with folk patchwork quilting — a continuation of the brand’s upcycling movement — gradually creeping into the equation. The second chapter continued without the bobble heads and the couture bombers unzipped over streetwise patchwork denim and T-shirts.

The show felt reminiscent of past concepts — the brand’s fall 1998 Atomic Bomb collection exploring two ways of wearing the same outfits, say, or the fall 1999 Russian Doll collection — but without the same poetry. On the plus side, it was possibly one of their most wearable collections since stopping ready-to-wear.