The designer was inspired by the Gibson Girls of the early 20th century for his parade of elegant gowns in powdery pastel tones. 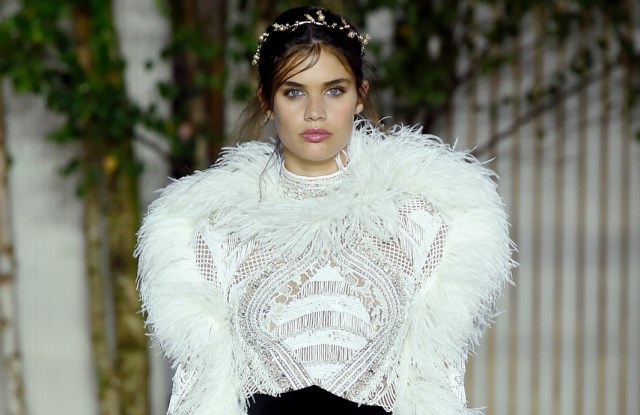 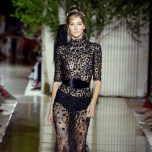 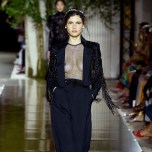 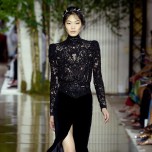 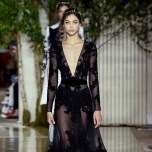 Zuhair Murad was inspired by the Gibson Girls of the early 20th century for his parade of elegant gowns in powdery pastel tones.

The drawings of American illustrator Charles Dana Gibson, with their evocation of women both beautiful and independent, provided the impetus for outfits that blended ethereal embellishment with bold features like slashed necklines and plunging backs.

A floor-sweeping chiffon dress and matching silk cape were printed with finely rendered thistles, an Edwardian symbol of devotion. A slightly more stylized version of the flower appeared as a shimmering floral appliqué on a light pink sheer dress with a cape-like bodice.

Murad worked his signature nude effects throughout, with outfits like a super-sheer pencil dress sprinkled with metallic flowers and strategically placed bands of ostrich feathers.

“When you see the dresses of this collection, you feel that it’s maybe heavy or that there’s a lot of embroidery or ornament, but in reality it’s very light,” the designer said backstage. “Women now want to fly, want to feel comfortable, sensual and happy.”

Some of the more voluminous ballgowns didn’t look ready for takeoff. But a light gray velvet jumpsuit — topped with a billowing ostrich-collared cape — could take you from the boudoir straight to the red carpet.