The designer backstage described it as a celebration of the savoir-faire of France’s métiers d’art. 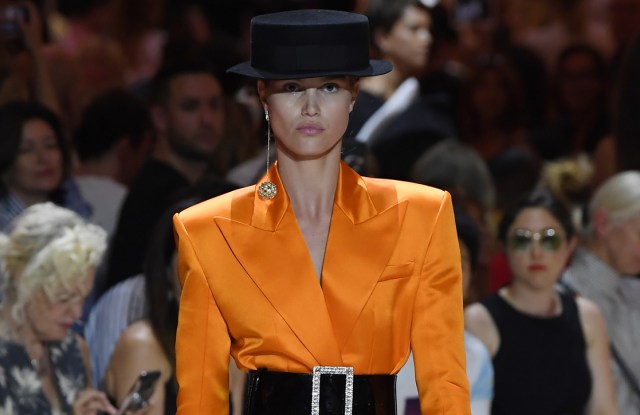 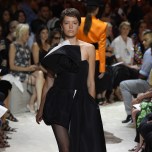 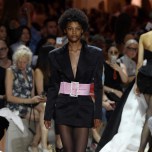 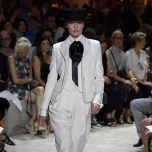 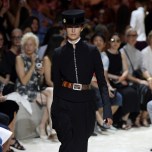 Alexandre Vauthier’s mission has always been hooked on a less sacred, more approachable take on couture. But he’s never let go of his passion for the genre’s Eighties heyday, and the codes of the couturier greats.

Vauthier backstage described it as a celebration of the savoir-faire of France’s métiers d’art.

“When it’s pleated, it’s Lognon; when there are feathers, it’s Lemarié; when it’s embroidered, it’s Lesage; all the hats are Maison Michel, the jewelry is Goossens,” he said.

Among the most labor-intensive pieces, 1,850 hours of handiwork had gone into the vivid disco gowns embroidered with tiny crystals. They caught the light. But more exquisite were the gleaming, jet-embroidered bustier minidress and a tiered black gown interspersing ruffled lace and sheer panels, a satin ribbon streaming down the front.

Breaking the old-glamour vibe — a little too abruptly — were the baggy fabric boots that resembled cut-off pants, and the tulle-edged PVC minis and skirts.

The craftsmanship — from the dramatic sprays of cock feathers used as shoulder accents or covering a dress, to the gowns in glittering embroidered tiger-striped motifs — was impressive. It heightened the luxe factor in a collection strong on striking evening gowns, even if didn’t break new ground.