Now several couture and ready-to-wear seasons into her tenure at Dior, Chiuri has shown ample bravado, more so with political/philosophical messaging than with pure fashion. 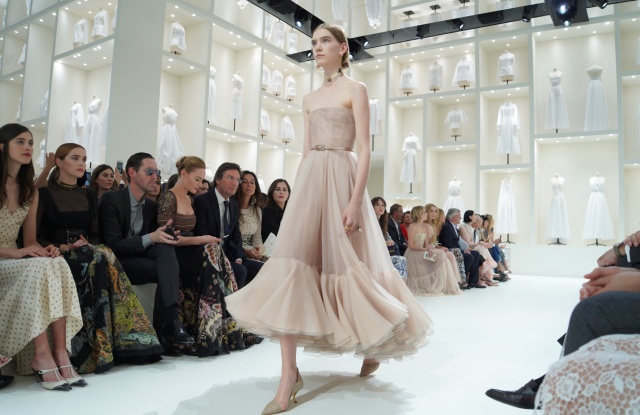 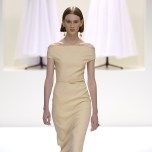 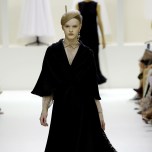 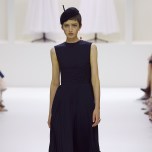 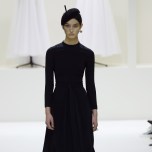 At its most essential point of contact, couture is about the client and a special dress, or coat, suit, something. She responds to it because of the way it looks, the way it feels and makes her feel. Most important, she understands that the world’s most skilled craftspeople in their fields made it uniquely for her, no other item precisely the same anywhere on Earth.

In her collection for Christian Dior, Maria Grazia Chiuri celebrated the process of haute creation. She took inspiration from Elisabetta Orsini’s book, “Atelier: Places of Thought and Creation,” and commissioned for her set a calm white floor-to-ceiling grid in which she installed all of the collection’s toiles on dress forms.

Those pristine toiles foreshadowed a discreet collection filled with clothes that wore many of their hand finishings quietly — gowns in diaphanous fabrics that matched the models’ skin tones; rich-hued alternatives in structured-but-light satins; suits and coats with details in a flourish of pleats or the cut of a sleeve. The models all looked lovely, as will any woman who chooses to order one of Chiuri’s looks.

But is that enough for Dior? Yes, this collection had numerous pretty dresses, but not that one memorable take-your-breath-away moment of wonder. Nor did Chiuri here, or does she generally, challenge or delight with experimentation of the sartorial sort. Rather, she once again relied on classical silhouettes, their ancestry traceable mostly to the Fifties and, in the case of one body-con dress, early Sixties.

Now several couture and ready-to-wear seasons into her tenure at Dior, Chiuri has shown ample bravado, more so with political/philosophical messaging than with pure fashion. Her “We should all be feminists” T-shirt became instantly iconic, and the façade of the Dior store on Avenue Montaigne is now completely wrapped in a dizzying collage of activist editorials (many fashion-related) from the Sixties, the idea cribbed from Chiuri’s fall rtw runway. Powerful exercises of free expression — godspeed. Would that Chiuri would dare to apply some of that audacity to the fashion itself. Dior is a couture house, one of two anchors of the genre. At that rarefied level, a social conscience is admirable, but not a stand-in for a compelling collection.