The lasting impressions of a recent trip to Barcelona, and Antoni Gaudí’s architectural masterpieces, were the starting point. 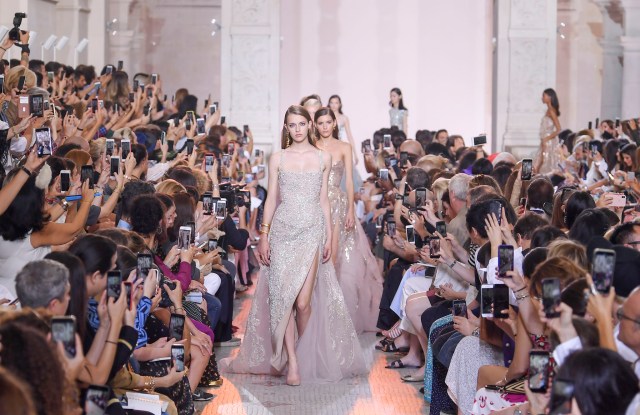 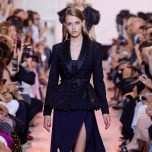 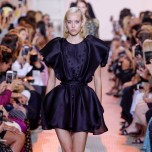 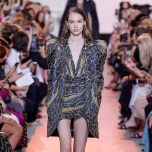 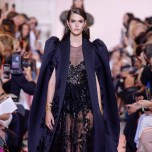 The lasting impressions of a recent trip to Barcelona, and Antoni Gaudí’s architectural masterpieces, were the starting point for Elie Saab’s fall couture collection.

The theme came through in a range of organic textures, patterns and embellishments on gowns, including raised veins of gold embroidery spreading across fabric like cracked earth. Recalling the intricate ironwork on some of the Gaudí buildings in the city, the pattern was echoed in cagelike structures on some of the dresses, underscoring the Mediterranean Art Nouveau feel of the collection, and adding a striking 3-D dimension.

The story line also awakened a more passionate palette of jewel tones, including strawberry and emerald, with ruffles and passementerie bobbles along the edge of a pale-blue pantsuit nodding to the embellishments on traditional Spanish dress.

In the mix was a broader selection of tailored suits, long coats and short cocktail dresses. But the couturier, who for the presentation returned to the Musée des Arts Décoratifs, where he staged his first Paris couture show in 2003, also retained what he’s best known for: red-carpet-worthy gowns evoking Hollywood, which is where a lot of these craft-intensive creations are headed.