Fendi and its now-solo designer Silvia Venturini Fendi moved into their post-Karl future in an extravaganza staged against the imposing backdrop of the Roman Colosseum. 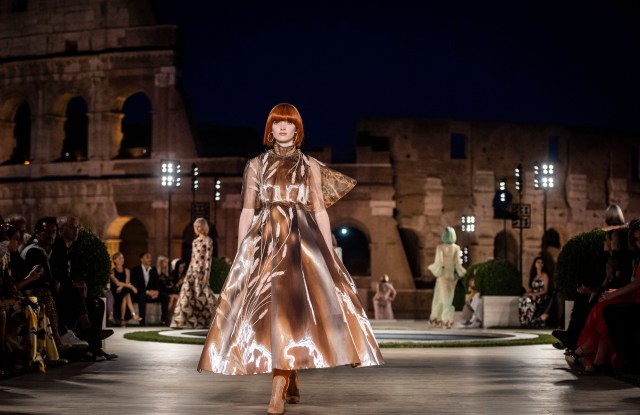 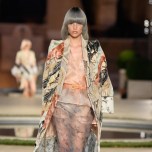 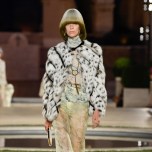 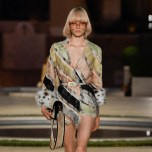 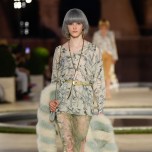 The cinematic majesty of the Roman Colosseum as seen from the roof of the Temple of Venus and Rome took your breath away. It was one of those remarkable moments many of us in fashion are privileged to experience via our jobs, a moment to register for posterity not only on Instagram, but in the mind and heart.

That Fendi chose to show in Rome at this particular time was all the more special because the city meant so much to Karl Lagerfeld, who famously joined the company 54 years ago at the behest of the five Fendi sisters and stayed until his death in February. He often boasted that during that tenure, he’d visited the Eternal City more than 800 times.

Given that, Thursday night’s show was dedicated to Lagerfeld, but subtly so. Before the show, in a backstage area that was surprisingly functional given that its bones date to antiquity, Silvia Venturini Fendi, who had long coauthored the Fendi collection with Lagerfeld, said the brand had set its sights on a show at the venue some time ago, and that it was just a matter of when. When Lagerfeld died, “we said that the plan had to go [forward] and we had to do it and to dedicate this show to him,” she said.

Yet Venturini Fendi rejected the idea of an overt homage, which she’s sure he would have loathed. Rather, she chose to dedicate the show to Lagerfeld in honor of his team, which remains in place, in addition to herself, “Amanda [Harlech], Charlotte [Stockdale],” she said. “We are all the same people, from the set, the music, we are the same team. I think that this is a way of showing that we are a good team, a tight team and that we have learned so much from him.”

While shunning the notion of a formal homage, Venturini Fendi showed 54 looks, one for each year of Lagerfeld’s tenure, which defined the role of the modern creative director while setting the bar impossibly high for all who would come after. In readying the collection, she reviewed the archives somewhat randomly and came away with several ideas as reference points, particularly those revolving around lightness. She also took inspiration from a gift Lagerfeld gave her the last time they were together, a book on the Viennese Secessionists’ magazine Ver Sacrum. “I saw Karl in that book, because it’s Hoffmann, it’s Klimt, it’s Wagner, because it’s people, aesthetics that [he loved],” she said.

Still, she and Lagerfeld were codesigners. “I had to put something of myself,” Venturini Fendi noted, “and so the Romanity.” Specifically, she was inspired by ancient marble flooring, the veining random and imperfect, but the mosaics precise and crisp.

As it turns out, the Secessionist and Roman inspirations fused together well, particularly geometry of patterns and the crossover earthy palettes. Venturini Fendi drew from both in her lineup of clothes for a pragmatic bohemian woman — mostly controlled silhouettes that derived their interest from ample, detailed surface flourish, often in embroideries, collages and precision intarsias. Cue the brilliant Fendi R&D, particularly its extraordinary, light-as-air treatment of furs worked in concert with weightless fabrics such as organza and tulle. There were hits — some smart tailored looks with relatively discreet textural activity.  And there were misses — the patterned furs over Latex skirts and bra tops. For evening there were lovely options, from the simplicity of a marble-printed organza column to the extravagance of a pair of grand mosaic-printed organza ballgowns.

Throughout, the interest level was high — in terms of what was and was not on the runway. This was a fall Fendi collection and it of course featured some fabulously indulgent, overt furs. Other looks incorporated fur in barely discernible treatments, and about one-third of the collection was fur-free. Times change, and so does Fendi.