For her first couture presentation in Paris, Chinese designer Yang Fang focused on the technique of origami as a celebration of Asian craftsmanship. 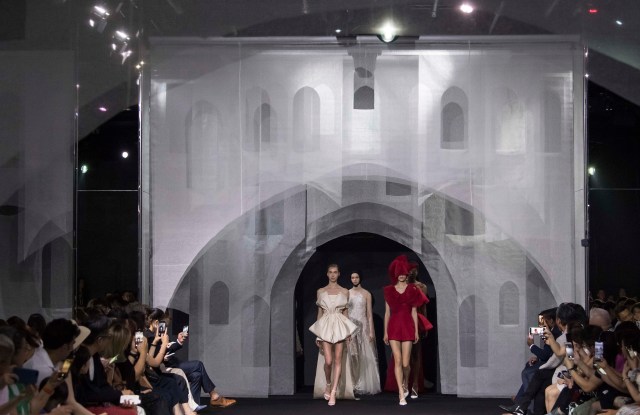 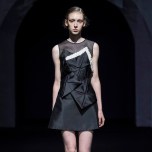 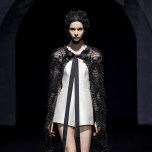 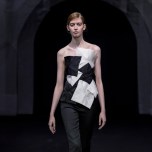 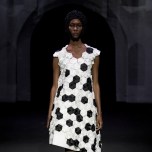 The technique of origami featured heavily in Yang Fang’s fall 2019 collection for Atelier by Fang, the couture line of the fashion label she established in 2013 upon returning to her hometown of Shanghai after studying fashion at Esmod in Paris.

“Kids nowadays play on iPhones and iPads, but when I was little I used to play with paper,” said the designer, speaking at her first couture presentation in Paris. “My grandmother used to give me sheets of white paper and taught me how to transform them into small animals like frogs and elephants, or stars and flowers. When I arrived at Esmod, I started doing the same thing with fabrics, in order to pay homage to my Asian heritage.”

A stunning black-and-white midi shiftdress was made of hundreds of hand-folded silk organza flowers. At their center were eye-catching Swarovski crystals. The brand was the first Chinese label to be tapped by the jeweler as part of its support program for young designers, and the partnership has been going on for nine seasons.

The collection, which was black-and-white save for a short red dress, was entirely made in the By Fang couture ateliers in Shanghai, with a particular focus on craftsmanship and predominantly used silk, a signature Asian fabric. “This was particularly difficult to make,” said Fang of a black cape made of origami flowers, which managed to remain structured despite being literally made of hundreds of fabric flowers sewn together at the edges.

Fang, who counts 42 points of sale for her ready-to-wear line and is planning to launch her first stand-alone boutiques in 2020, admitted to being inspired by the current generation of “self-made, strong and independent Chinese women.”

“Growing up, I always complained that China was a cultural desert,” said the couturier. “Now everything has changed and there are so many cultural events in China. Minds have been opened: fashion clients are no longer ‘brand-chasers,’ but want to experiment more with independent designers and more exclusive service. And that’s what I aim to give them.”