For his first Paris show in almost 15 years, Ralph Rucci staged an intimate show at the Ritz dedicated to his friend and muse Elsa Peretti. 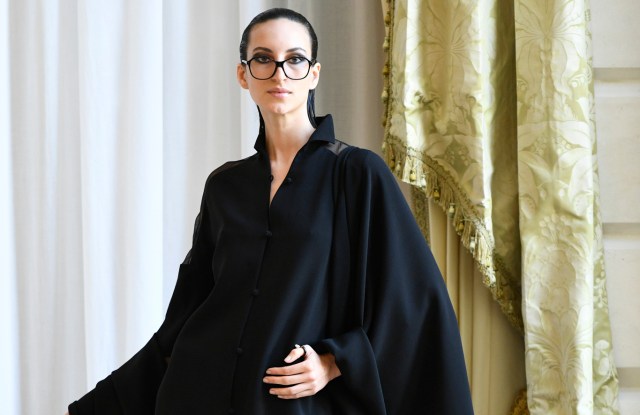 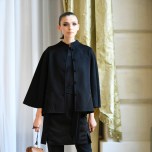 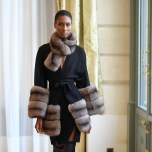 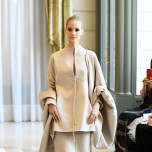 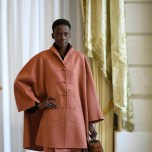 For his first Paris show in almost 15 years, Ralph Rucci returned to his former home away from home, the Ritz hotel.

Previously known as Chado Ralph Rucci after the Japanese tea ceremony, his line was rechristened RR331 after Rucci left his own company five years ago and lost the use of his name. Now he’s back in the French capital, 17 years after becoming the first American designer since Mainbocher to show a couture collection in Paris.

“This is where I belong, and there really isn’t a fashion industry for these clothes in the United States. They can originate here, and then we can receive more clients in the United States, but a couture clientele – except many of my faithful – come to Paris,” he explained after the show.

Clients including Susan Gutfreund took in his intimate show in the Salon d’Été, featuring a lineup dedicated to his friend and muse Elsa Peretti — think clean shapes, sculptural volumes and an almost monastic absence of surface decoration, bar from a black satin coat embroidered with a tone-on-tone jaguar motif.

Rucci subverted severe silhouettes, adding slivers of sheer mesh to his decorous black dresses, or cape panels that slipped off to reveal bare shoulders. A cassock-like black coat shimmered with bands of moiré silk, while a high-necked tent dress came with a slit that ran all the way down the back.

If some of the looks felt suspended in time, it came as no surprise: Rucci’s aesthetic is nothing if not consistent, a fact his clients find reassuring.

The designer described his comeback as a “spiritual” experience. “While I was making it, I was very emotional because of the history and the difficulty getting to this point. But then it just came out very fluidly, like I was taking dictation,” he said of the collection.

His mastery of draping was impressive, particularly in a series of duchess satin or silk taffeta gowns in dusty Renaissance-inspired shades that brought to mind the Swans of Truman Capote’s era. But unlike a Babe Paley or a Slim Keith, today’s couture client may well sport some ink, like the model who showed off a black gown with a sheer mesh midriff.

Many of the looks were paired with vintage gold and straw minaudières designed by Peretti herself.

“I think we’re soulmates, and we’ve known each other many, many years. And she’s very inspiring, and I love her as a woman,” he said. “You know, Elsa makes things real, but she has more style than anyone. It has nothing to do with your financial possibility, but everything to do with your core inside.”