Beccaria delivered a concise and precious couture collection tributing the imposing beauty of the island of Capri. 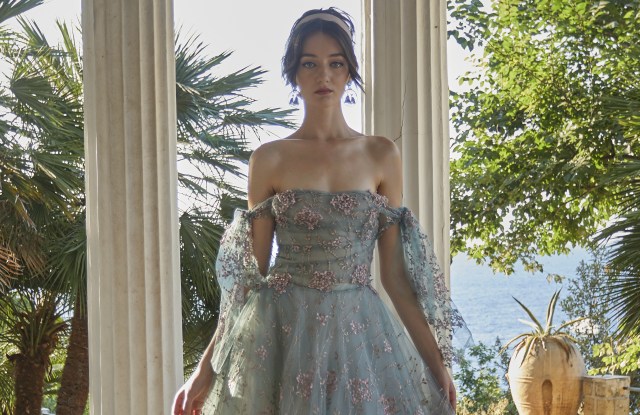 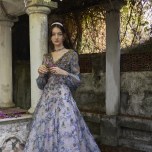 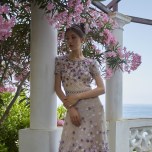 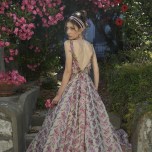 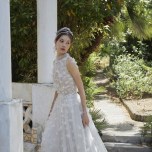 Luisa Beccaria’s connection with the island of Capri goes back to her childhood and teenage years. Since she was a little girl, the designer has returned to the island almost every year and in her last high school year, she launched her label with pastel-hued mohair sweaters crafted by artisans of Anacapri, the island’s upper village.

“My memories about the island became stratified,” she said over the phone from Capri, where she has also just opened a flagship on the famous Piazzetta. “There are places that hold your ‘karma’ and energy and they both come back to you sometimes.”

A jewel in the crown of the Mediterranean Sea, the island has two sides: The glitz and glamour of its parties attended by the international jet-set and the natural beauty of the Faraglioni cliffs and tiny cobblestone streets lined with verdant jasmine and broom bushes.

For her fall couture collection, the designer managed to exalt both, offering a concise lineup of 14 styles that were both opulent and refined, inspired by the beauty of the island’s sunsets — its sky dotted with brushstrokes of lilac and pale blue — and befitting the brand’s international clientele.

Great swathes of tulle were layered for a voluminous gown that was a rendition of a dusky sunset sky — all pale pinks with a hint of violet creeping in the middle — while a similar style was tinged with an intense nocturnal blue recalling the water seen inside the island’s Blue Grotto. Minute petals and blossoming twigs climbing and unfurling around trellises decorated lightweight tulle and organza gowns, some roomy with off-shouldered bodices, others featuring turtleneck tops.

To top it all off, each gown was presented with matching jewels from Capri-based Chantecler, which, for example, provided necklaces shaped as corals and embellished with pink sapphires that were worn as tiaras, adding a further dash of magic to this whimsical collection.