Challenging himself to rework the box shape of Sixties Courrèges, he featured rectangular architectural constructions that oscillated between fluid and rigid. 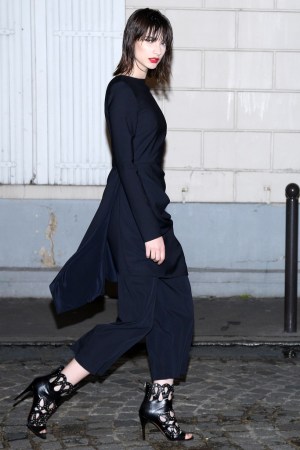 After working for houses including Ungaro, Guy Laroche and Louis Vuitton, Roman designer Albino D’Amato launched his own label eight years ago. He has now moved it to Paris where he presented his fall collection.

While chic, these clothes felt a bit dated at times. Some looks, such as a long black-and-white satin dress with oversize zig-zag ruffles recalled Pierre Cardin.