The social media theme of the Turkish designer’s latest collection, called “Together, Alone,” was abstract, to say the least. 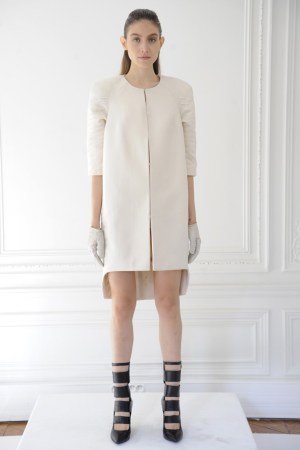 The social media theme of Turkish designer Arzu Kaprol’s latest collection, called “Together, Alone,” was abstract, to say the least. While the designer continued with her signature motifs, including lots of leather worked in intricate twists, she added more variety than in previous seasons. As such, prints were reinterpreted as graphics on looks including a purple silk dress and matching wool cape, as well as a red wool sheath dress. The effect was less sexy but more feminine.