Citing 20th-century biologist Ernst Haeckel as the main inspiration for the collection, the designer's pushed readers’ imagination toward the botanical. 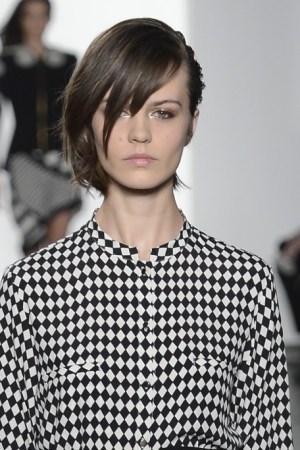 Sass & Bide confirmed the theory that show notes can be totally misleading.

Citing 20th-century biologist Ernst Haeckel as the main inspiration for the collection, they pushed readers’ imagination toward the botanical. But instead of flowers and natural references, the collection was a disjointed array of gold embroideries that gave a military feel to fitted minidresses and sharp-cut jackets over pants.

Designers Heidi Middleton and Sarah-Jane Clarke also magnified classic patterns, such as plaid on a textured woven cocoon coat and Vichy motifs on cigarette pants with a cropped sweater.