Channeling the energy of Copenhagen’s jazzy club scene of the Fifties and Sixties, Ole Yde showed a lineup strong on evening options. 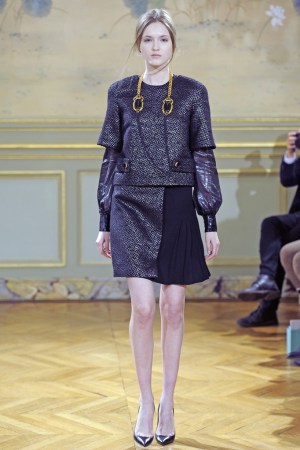 Given the girlishness of some of the looks and the formality of others, like a tweed skirt suit, it was at times unclear which demographic Yde was targeting. Still, there were plenty of highlights, most notably the long tie-neck gown that softly sparkled in beige-gold. More turn-of-the-century than jazzy Sixties, it was a showstopper.