Virgil Abloh's spring collection was a reaction to the terrorist attacks in Paris in January and the ensuing debate about freedom of expression. 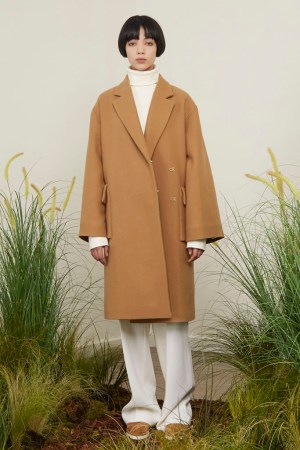 Virgil Abloh is a name to watch. Just over a year after launching his luxury streetwear label Off-White, Kanye West’s creative director is one of the 26 semifinalists shortlisted for the second annual LVMH Prize.

His rapid ascension feels natural at a time when a new group of influencers, led by West, Kim Kardashian and Rihanna, seems to be defining at least a portion of the fashion agenda.

Abloh’s design sensibility feeds off the cultural moment, and not just his music connections. His fall collection was a reaction to the terrorist attacks in Paris in January and the ensuing debate about freedom of expression. “My take on it was that spirit of the Sixties, that revolutionary hippie thing,” he said. “I wanted to use that as the starting point and abstract it and modernize it in a chic and street sort of way.”

The collection was titled “Split Ends,” in a wry reference to the musical “Hair,” and the concept translated into deep vents on everything from the front of jeans and track pants to the back of oversize coats.

Suede jackets and black crepe pants were emblazoned with dripping, hand-painted slogans that subverted the catchphrases of the Haight-Ashbury generation: “War Is Not Over” and “Dazed Still Confused.” Accessories included boxlike handbags made in collaboration with Paris leather goods workshop laContrie.

With its tony palette of white, camel, black and forest green mixed with denim pieces, the collection marked Abloh’s growing sophistication as he seeks to carve out a niche for upscale streetwear alongside established luxury players.