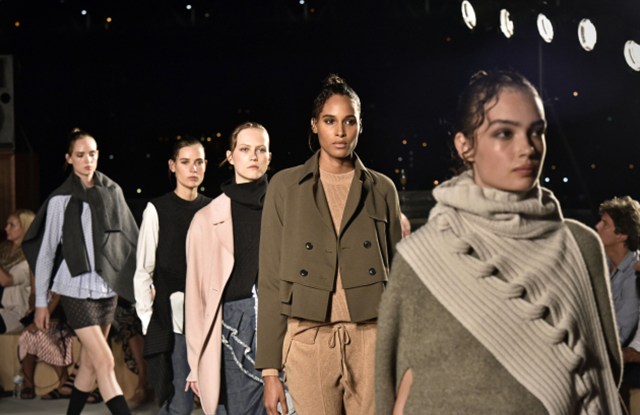 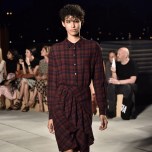 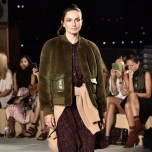 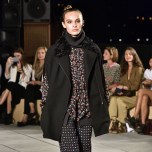 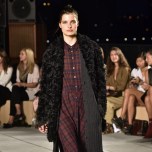 As of Thursday night, following the brand’s fall show, Thakoon Panichgul’s omnichannel, direct-to-consumer business model is fully functional. Meaning his web site and shiny new flagship store in SoHo both have fall stock ready to purchase, along with a Fashion Scan app available for smartphones that gives consumers behind-the-scenes footage and product information for each look.

Held at the Empire Stores rooftop in Dumbo, the show was set against a quintessential New York backdrop — a Brooklyn POV of the Manhattan skyline at sunset. It was fitting for the designer who wanted his first collection in a year to be rooted in American sportswear and the spunk of his city base.

In the 12-month hiatus Panichgul took following Bright Fame Fashion’s acquisition of a controlling interest in his company, he spent a lot of time re-evaluating and developing his business model. It proved to be a revitalizing year that solidified his decision to go in-season with an eye to New York City for inspiration. He brought energy and a sense of freshness in terms of delivery timing to his see-now-buy-now approach, aware it’s the first point of access viewers have to new product as they are ready to think about buying for the impending weather. The relevance for him lies in the ability to close the gap between desire and fulfillment.

As for the clothes, Panichgul dug out the classics he does so well, twisting them and making them wholly Thakoon. This included grungy checks, elaborate knitwear, flirty dresses, men’s wear-inspired shirting and engineered prints, as well as utilitarian and sportswear elements. You could see how the collection’s raw glamour and natural confidence was inspired by the models Peter Lindbergh photographed in the Nineties.

Other highlights included deconstructed knits that either had an element of wrapping or looseness, such as a top that tied around the waist styled casually over a white button-down and jeans; a sporty bomber with a capelike quality worn over buffalo plaid; and an abstract butterfly motif inspired by the collage work of French artist Jean Dubuffet, shown on dresses that were soft and romantic. It was all about street-ready, easy layering.

Customers can expect regular offerings of new Thakoon product every few weeks through the end of November. The first release, representing 23 of the 31 runway looks, is available now.