Imagining a woman oscillating between two cultures — French and Japanese — the designer worked with thoughtful cuts and fabric treatments. 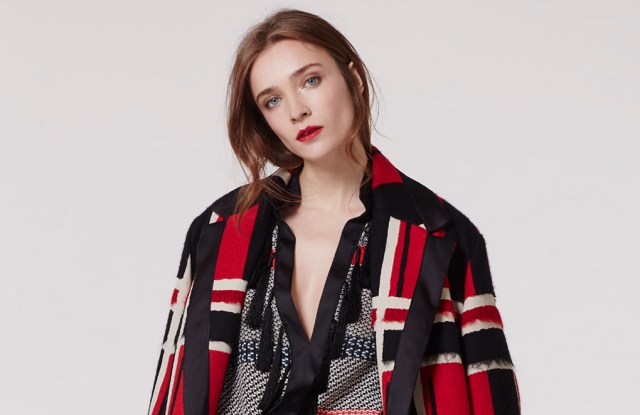 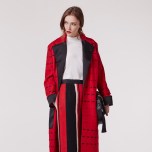 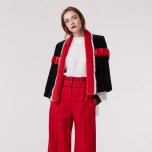 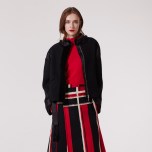 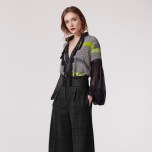 This was a crafty collection from Amanda Wakeley.

Imagining a woman oscillating between two cultures — French and Japanese — the designer worked the two contrasting codes through thoughtful fabric treatments and a rigorous attention to cut.

There was the ultimate blanket skirt, in which graphic motif was achieved by an arty weave of brushed wool. The same technique appeared on a pair of handsomely tailored, full-leg pants as well as what could be best described as a statement coat courtesy of its lofty lapels and opulent texture. Oftentimes Wakeley finished off her sophisticated looks with tasseled, satin belts, borrowed from the judo masters. Sheer chiffon blouses with puffed sleeves proved a suitable match for a generous mink gilet or double-faced masculine blazer.

Ultimately, “every piece is a statement piece,” she noted of her Far East-glam collection, which also included punched wool, geometric jacquards and embroidered mesh, spotted on soft and fluid evening dresses.

Although the styling here clearly telegraphed a deluxe message, taken apart many of the pieces would have also been compatible with a more laid-back, street-friendly style of dressing.