Charlotte Dellal created a witty short film in the film noir style, packed with clever shoe puns and heels that recalled the decade. 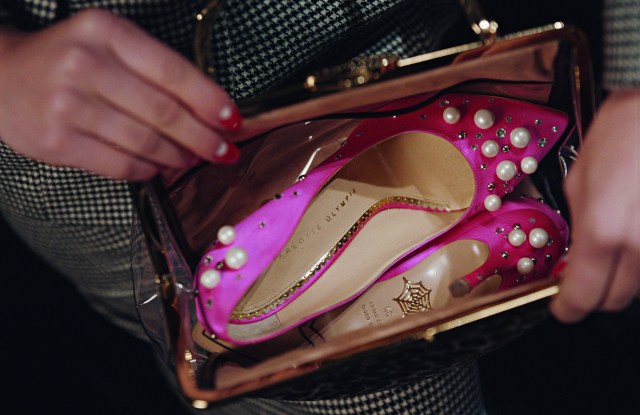 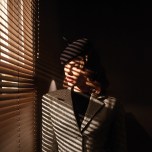 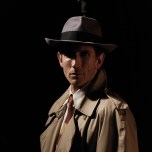 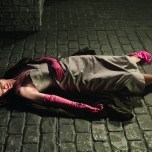 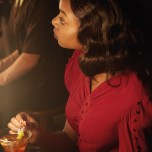 Charlotte Dellal took film noir as her inspiration for fall, looking to the screen sirens of the Forties for inspiration and even creating a witty short film in the film noir style, packed with clever shoe puns and heels that recalled the decade.

Called “An Accessory to Murder,” the movie was written and directed by Sophie Edelstein and starred Bambi Northwood-Blyth, with Charlotte Olympia’s signature styles — “Kitty,” “Pandora” and “Dolly” — reincarnated as characters, and the brand’s leopard mascot “Bruce” playing the archetypal world-weary bartender. The detective in the “shoe-dunit” is caught in a web (the brand’s logo, get it?) of mystery and deceit as he tries to solve the murder of a “Mary-Jane Doe.”

“I’ve always been into film noir, so there wasn’t just a moment [the theme] came to me,” Dellal told WWD after the screening of the film, in which she made a cameo appearance. “It’s always been something that I love; I try to evoke that even on a personal level. Sophie [Edelstein] and I both agreed that I had to have my Hitchcock moment! I was like, ‘I don’t mind the back of my head,’ and she said, ‘No, no, no — you’re going to the bar,’ so we did it. My son was in it, too, playing the paperboy.”

The collection featured the kind of shoes that Rita Hayworth, Lauren Bacall and Barbara Stanwyck would have strutted out in. The Forties influence was clear in the curve of chunky heels and in the high cut of sandals, but Dellal’s playful mix of materials saved it from becoming pastiche. There was a pair of classic pink satin stiletto pumps covered in pearls; strappy sandals covered in fuchsia fur that fastened with ribbon; a gravity-defying pair of black pumps dripping with jet bead fringing suspended in thin air by a heart-shaped support that reached back from the sole.

There were some styles in a monochrome Prince of Wales check and others in leather printed with newspaper clippings, and of course, a fair dose of leopard print.

Old Hollywood stars made appearances, literally. Bacall’s image appeared in leather-cut work on a pair of tall boots. She also appeared with Hayworth and Stanwyck in cameos on round patent-leather handbags, as did Humphrey Bogart on a clutch. Other brilliantly quirky bags included one shaped into a black-satin telephone; a Perspex clutch containing a pair of embracing lovers; a giant red poison bottle; and a classic red-and-white-striped popcorn box.