This was a “post-apocalyptic” collection from rebel designer Dilara Findikoglu, with no clear gender or cultural lines. 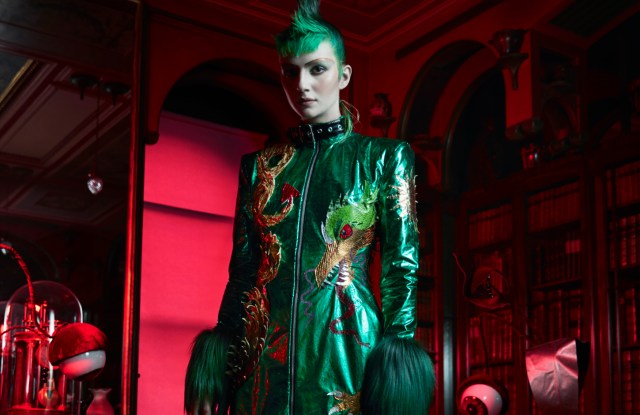 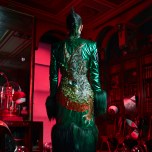 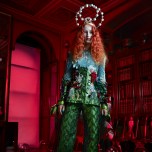 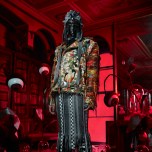 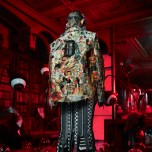 This was a “post-apocalyptic” collection from rebel designer Dilara Findikoglu. “It’s the night after this,” she said, with an all-enveloping gesture, by which she meant the environment we are in today. “All that is going on with politics and religion — no one really knows what’s happening. We are in a weird place.”

Her fall lineup was her vision of what could follow once the smoke settled.

For one, there were no clear gender or cultural lines.

More than a few looks owed a debt to the punk movement, such as a deliberately destroyed tartan coat held together by safety pins, silver coins and mystic jewelry, but there were also references to the Tudors – cue luscious red velvet and arty tapestry — as well as the designer’s own Turkish heirloom, which came through in a marvelously old-fashioned bag made from a Turkish rug.

A perfecto jacket done up in a reversed upholstery fabric could have easily served both sexes, as did a velvet Nehru jacket boasting an impressive pool of hand-carved flower appliqués and beaded work — Findikoglu’s take on the Garden of Eden.

This was no collection for wallflowers, mind you. And though the collection steered heavily into couture territory, the newcomer insisted that it was meant as everyday wear, calling it her “new world order.”