Marta Marques and Paulo Almeida sent out a high-energy collection with lots of graphic patterns and oversized shapes. 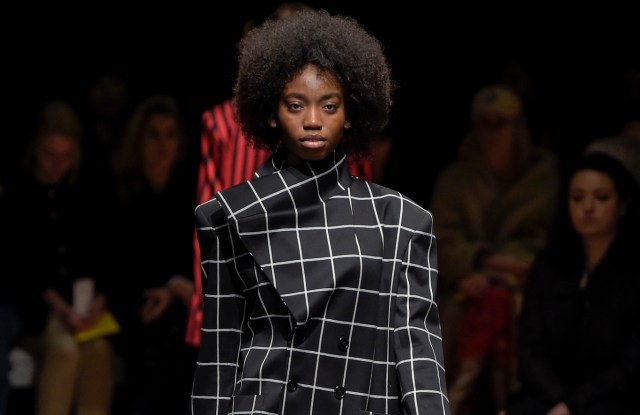 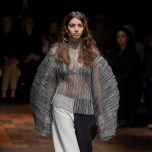 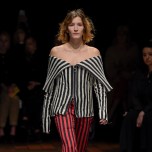 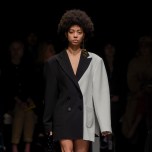 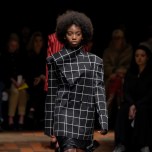 Inspired by Malick Sidibé’s vibrant black-and-white images of everyday life in Sixties and Seventies Mali, Marta Marques and Paulo Almeida sent out a high-energy collection with lots of graphic patterns and oversized shapes.

In a bid to telegraph diversity and inclusiveness, they once again cast friends and women of various heights and body shapes at the show, which featured Nina Simone’s distinctive voice on the soundtrack.

“If there was ever a time to talk about diversity, this was it. It felt very instinctive,” said Marques, echoing the views of many designers — and Londoners — who are frustrated with xenophobia on both sides of the Atlantic.

There were black-and-white dots, stripes and graphic patterns everywhere, from the checkerboard rabbit fur coats and long T-shirt tops to the oversized, two-tone mannish jackets and other striped ones that unzipped to drape languidly over the shoulders.

Color also had a big part to play, in the form of a long saffron coat slashed up the sides, and a lineup of asymmetric ruffle-edged skirts with flamenco flair in soft pink, faded blue or white. One green coat had wild black-and-white swirls and raw edges, while a long dress with monster cuffs was covered in a blurry paint-spot pattern.

The outing was lively and fun, but the oversize clothing often overwhelmed models’ frames, resembling the most awkward of hand-me-downs. Given Sidibé’s spontaneous, staged — and often comical — snaps of street life, children, bathers, dancers and musicians in a newly independent Mali, maybe that was just the point.