Clothes that a flashy songstress might like to wear on stage, even if the overall effect fell short of the mark. 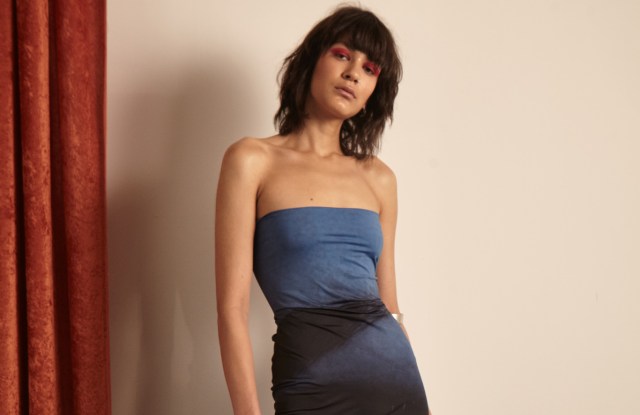 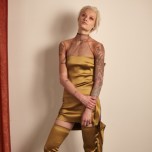 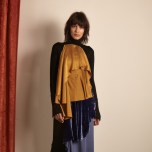 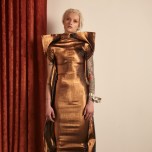 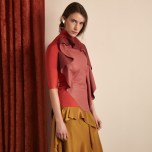 Emerging designer Paula Knorr drew her fall inspiration from the notion that the bodies of female musicians, as artists, play a big part in the creation of their work.

Working mostly with metallic fabrics, softened with silk satins, velvet and sheer meshes, in a jeweled palette that ranged from amethyst, garnet, onyx and gold to deep blue, silver, copper and gold, Knorr played with shapes by extending side seams out beyond the body to create a draped effect.

Hard to say how her concept translated into her collection, but there were certainly some pieces in the mix that a flashy songstress might like to wear onstage, even if the overall effect fell short of the mark.

For instance, the below-the-knee copper dress that looked like a body had been vacuum-packed in it was subtly sexy (but might have been better without the raised shoulders), and could easily be imagined onstage or at a cocktail party. But other looks, like the gold top cut into a circle shape that came with a slinky blue maxiskirt looked a bit slapdash.