The Toogood sisters offered a practical wardrobe with strong workwear references, walking the line between town and country dressing. 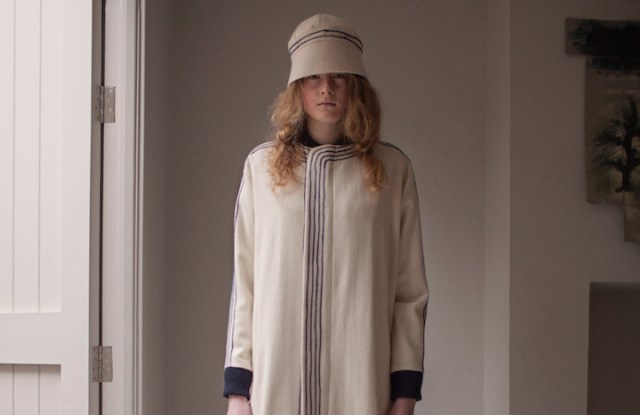 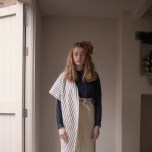 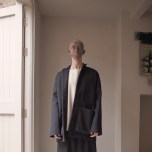 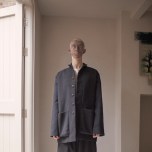 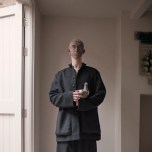 The point of departure for Faye and Erica Toogood’s fall collection was as precise as it gets: “A melancholic English landscape painting; an 18th-century English mochaware mug and a WWI camouflage suit,” the sisters said at their presentation. This could have easily ended in a complicated wardrobe with fussy details, but to much surprise, Toogood’s fall lineup offered a practical wardrobe with strong workwear references, walking the line between town and country dressing.

The silhouettes, including the label’s signature beekeeper and photographer jackets, were bold, done from tarpaulin or waxed cotton, with extra-large pockets. Some were embellished with hand-splattered camouflage dyes for extra contrast, but done subtly so against a green canvas background.

Elsewhere, the duo experimented for the first time with curly shearling, which gave a street-y hoodie jacket a luxe makeover.

The artistic vein also came through via needle-punching, which adorned some British lambswool numbers, including a simple wrap coat and a shawl, handsomely left undyed to accentuate this season’s rustic character. A silk jacquard, meanwhile, developed by Japanese mill Hoosoo — which still masters an ancient kimono weaving technique — found its way into a roomy overcoat.

Throughout, the collection stayed true to Toogood’s premise of gender-fluid, seasonless dressing. As Erica noted: “We celebrate loyalty to our pattern archive, not trying to reinvent the wheel every six month.”