Influenced by the political upheaval of the past few months, Rachel Comey's collection explored issues of anger, female strength and sensitivity. 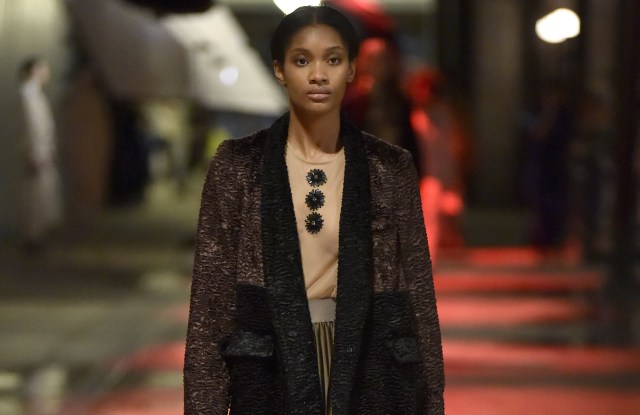 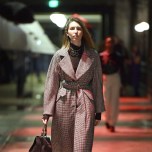 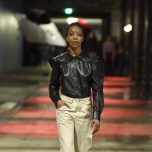 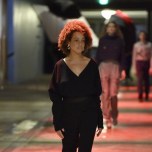 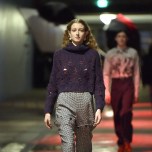 The effects of the current political tumult seeped into Rachel Comey’s fall collection, lending a more emotional edge to her brand of clothing for real women.

Her program notes — obviously carefully considered, as she even managed to address the night’s rainy weather in the text — called the past four months, during which she designed the collection, “a time of great emotion for all of us.” Afterward, Comey said, “I had a clear vision of what I was working on, and the election turned everything upside down for me, so it was about refocusing and really thinking about who we are, our world and how to dress for it, while simultaneously thinking about things that interest us on a creative level.”

Per Comey tradition, she presented her 36 looks in three parts, each with its own theme, between the courses of a sit-down dinner with a musical performance.

The first explored anger and the need to protect and cover oneself among strangers. These feelings manifested themselves in “outer layers to reflect the outrage” and “and textures of militaristic uniformity.” In Comey’s luxe and eclectic fashion vocabulary, that meant leather and shearling outerwear, corduroy and stonewashed canvas pants and shirts with deconstructed tailoring and chunky knits.

Her second group showcased female strength and dominance, or what singer Justin Vivian Bond — reuniting with Comey to emcee and entertain throughout the evening — called “glamorous resilience.” The designer called this “body-con to be taken seriously.” Some looks, such as sheer beaded tulle top worn with a latex harness and slouchy leather pants, were meant to reveal and conceal simultaneously. Others were less literal, such a dark cheetah print one-shouldered dress that gently skimmed the body.

“When you move and travel, you learn more. It’s a different pace here, but it’s good for New Yorkers to get out and take it down a notch,” Comey said. “It inspires me to keep thinking outside of the box.”