A Costa Rican adventure and Japanese anime swayed the warm colors and languidness of the Los Angeles-based designer's fall collection. 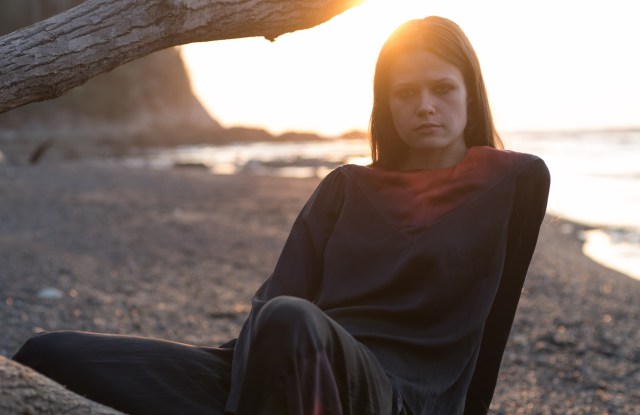 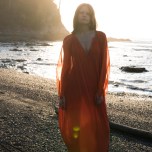 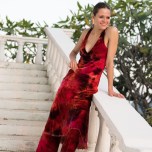 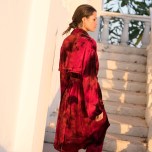 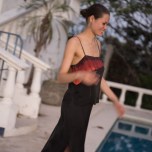 A trip to Costa Rica and a viewing of the Seventies anime film “Belladonna of Sadness” sparked a period of self-discovery in Raquel Allegra.

Though originating from different ends of the world, the Central American adventure and the animation from Japan came together in the warm colors and earthy vibe of her carefree fall collection.

“We saw so many things that we related to in the film,” said the designer, before the start of her presentation that was also billed as a dance party in her eight-month-old store in Los Angeles. “Their watercolors reminded us of the way we work with tie-dye.” She also empathized with the anime heroine, whom she said is “connected to the earth, going through her own trials and is discovering herself as a woman.”

Allegra went through a similar phase in Costa Rica. “It started with a recharge and ended with total self-discovery,” she said. So uplifted by that positive feeling, she named her collection “Pura Vida,” translated from Spanish as “pure life,” and made an art film with Margo Ducharme and Nicholas Trikonis on the beaches in the tropical country.

She also injected new silhouettes and fabrics into her designs. Ivory silk rayon was burned out to resemble leopard spots, splattered on a drop-waist maxi tank dress. Viscose tuxedo pants were deconstructed, cut just above the ankles. After five years without it, she brought back cashmere, shaping the plush knit into pullover sweaters dotted with holes and shreds that distinguished the T-shirts from her first collection in 2010. The tie-dye fringe was extreme for everyday wear, but just right for model types who like to go boho all the way at Coachella.

With she hired senior designer Wyatt Hough, who previously worked at Band of Outsiders, she also moved into classic silhouettes that were comfortable and easy, like peacoats and A-line skirts. But she adhered to her signature style that is long, languid and loose. For instance, a high slit opened the side of the black skirt made of dual weave cotton canvas, matching the floor-length coat accented with molten gold buttons etched with the profile of royalty. Whether it was Victoria or Elizabeth II, it didn’t matter, really.