Anna Molinari paid homage to a few of her favorite places — London, Saint Petersburg and Milan. 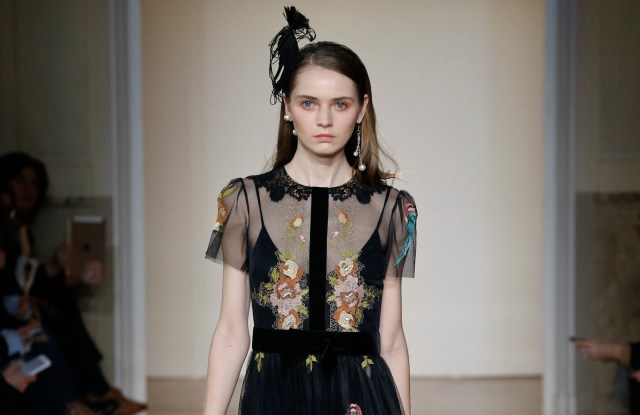 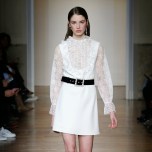 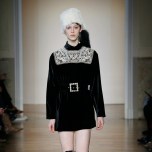 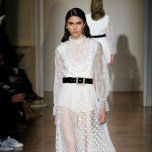 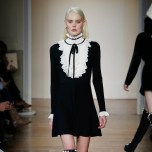 Anna Molinari went around the world for fall, working motifs from her favorite places, including Victorian London, Saint Petersburg and then back to Italy, because, hey, go with what you know. With that she justified a collection that veered wildly between aesthetics, some more appealing than others. The Victoriana fared pretty well, with cute black-and-white dresses in lace and velvet with high ruffled collars — all short or sheer because Molinari is far more liberal than the late 19th-century Brits. The more colorful, Russian and African-influenced territory was more dicey. Leopard-print coats were nice, and a plethora of orange dashed things up, though one lime-green velvet suit with pearl buttons and a leopard belt did not do much for Saint Petersburg’s style reputation. As for the Italian section, the finale was devoted to Milanese black, which held up as the most forgiving color on a series of naked lace and tulle dresses with rhinestone belts.