Marco de Vincenzo reimagined bourgeois standards into a dreamlike wardrobe of the future. 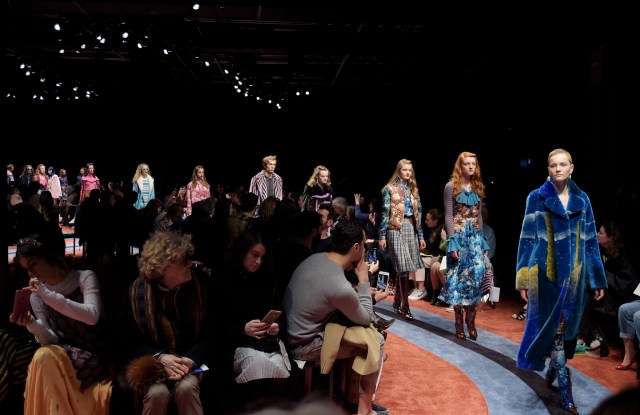 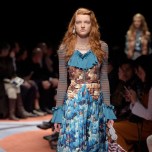 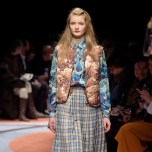 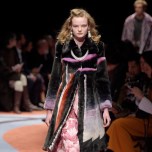 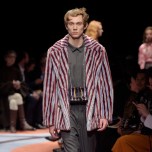 This is what the future looks like — on a couple of levels.

First, in an ideal world, Marco de Vincenzo’s show, a wonderful display of creativity and momentum from the rare ascending designer in Milan, will be his breakthrough. He stepped up this season, bringing his show to an impressive, much larger venue than in the past — the Milano Congressi fairgrounds, just a door down from and directly preceding the Versace show — and designing a collection that commanded the space.

Second, the collection was actually about the future in a most original and plausible way. It wasn’t Space Age or digitally driven, it was thoughtful and expressive, pushing the everyday forward in a dreamlike way, which is how we actually get to the future.

“Every time someone asks me about the future of fashion, I have many answers,” said de Vincenzo backstage. “This season, I needed to think about the past, something familiar like pleats, fur and pearls that are considered a classic in every feminine wardrobe, and to add a very contemporary touch.” He treated very traditional, bourgeois uniforms — plaid apron dresses and pleated skirts, quilted jackets, blouses, furs — in fantastical ways. The mundane was reworked with color, eccentric prints and sparkles, almost as if through the colorful imagination of a child but executed with adult know-how.

The furs were fake, fabulous ones, beginning with a deep blue coat with a futuristic landscape print on it, as well as a long, candy blue and green striped vest and a short pink and white jacket over a pink dress, pink striped shirt and pink floral-printed tights that popped against the model’s searing blue hair. Midi apron dresses came in mixed plaids with decorative strips arranged in graphic shapes at the hips. Leopard printed jackets weren’t printed at all, but done in 3-D embroideries. Other coats were trimmed in PVC fringe and silver; glitter boots added to the shine. For the second season, there was a smattering of men’s looks too — the furs were his and hers.

“It’s not a complete collection yet,” said de Vincenzo. “It’s more like mono-product, but I hope to develop it.” Here’s to the future.