Francesco Risso embraced the Marni standard of eccentricity with a bear hug for his first collection for the house. 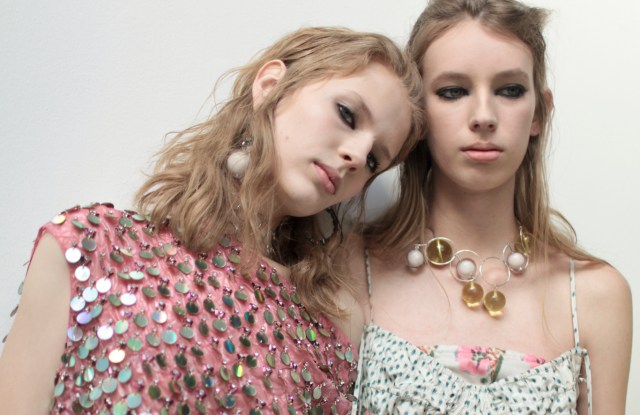 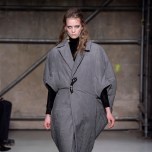 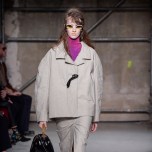 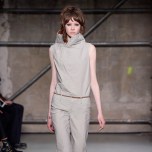 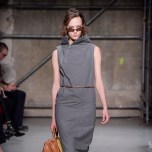 There were great expectations, or maybe high hopes is a better way of saying it, for Francesco Risso’s debut at Marni. It was the house’s first women’s runway outing not designed by founder Consuelo Castiglioni, who left the company last October after building it into a beloved and reliable source of daring, idiosyncratic fashion. Her fans were not ready for her to go.

Risso tried to keep the momentum going by embracing eccentricity — the label’s defining aesthetic — with a bear hug, while setting his own direction. Unfortunately, the collection was largely drained of the homespun charm and quirky sophistication plied so effortlessly by Castiglioni. Also missing was clarity on several levels.

Backstage, Risso explained his approach in opaque terms. “The title of the collection is Beings,” he said. “Beings as women blooming, blooming and having thoughts as algorithms, where errors create rhythm, where they can be sealed in a second skin or protected in a balloon. So the multiplicity is something really important.”

Many of the silhouettes were difficult, from the drab papery cocoon coats that opened the show to the strapless satin dresses with baggy bra-cup details that looked like they would fall off if not for the skinny leather strap that tied around the back. Fabrics were often heavy and textured. Nowhere was this more obvious than the wild, matted furs, such as a maroon stole wrapped around a furry turtleneck worn with an orange skirt. The look was accessorized with a furry rain hat lined in shiny black fabric and boots trimmed in clumpy black fur.

Risso talked about focusing on femininity and how important women are in his life. Colorful floral dresses styled with underwire bras over the tops seemed like an obvious bid to highlight womanly features, but they didn’t fit and the looks were loaded with long drawstrings begging to get caught in a car door or elevator.

Risso deserves the benefit of the doubt given to all designers taking their first stab at an established house: He needs time to develop and elucidate his ideas.