The designer said he was influenced by Liz Taylor and the mod girls of the Swinging Sixties. 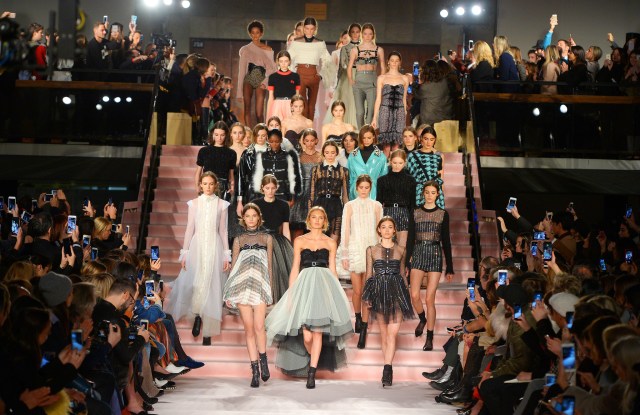 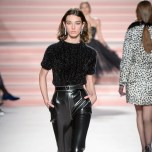 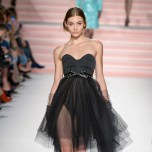 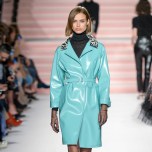 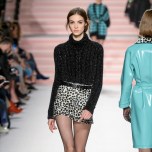 “Liz Taylor meets a mod gang.” That’s how Lorenzo Serafini summed up his Philosophy collection. On his mood board backstage, photographs of the Hollywood actress were mixed with black-and-white images from the Swinging Sixties, adding up to a vision that was equal parts sexy and tough.

It was a departure for Serafini, whose usual comfort zone is Victoriana seen through an Eighties lens (he often cites Brooke Shields as a muse). Here, he contrasted hourglass figures with elements of tailoring.

“Actually, I always love this kind of duality of a female soul — the soft and the hard, the romantic and the strength,” he explained. “This time, it’s never too romantic. There’s always an edge.”

The designer injected the romance via frothy tulle bustier dresses that carried a whiff of “Like a Virgin”-era Madonna. The more overt lingerie elements were also a nod to Taylor’s iconic performance in “Cat on a Hot Tin Roof,” though here again, a kinkier element crept in, like the black velvet and crystal harness on a checked wool bra top.

In an effort to keep the looks from sliding into pastiche, Serafini stuck to a monochrome palette. It worked most of the time. While the full-skirted looks were a throwback to a time when women wore girdles, his micro minis reminded you that the sexual revolution was not far behind.