The collection featured some great-looking clothes and impressive sportswear. 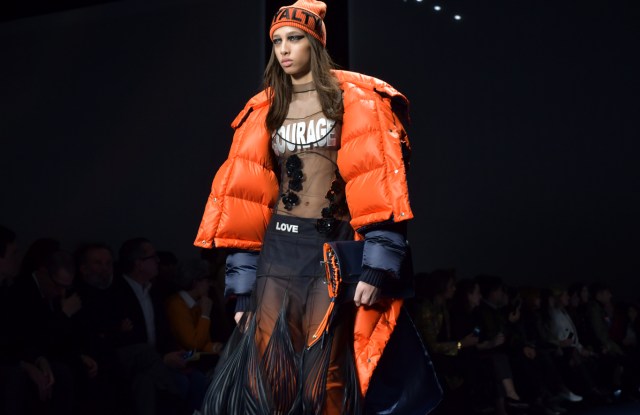 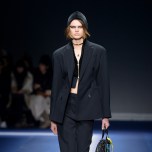 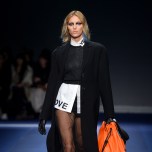 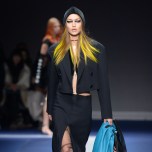 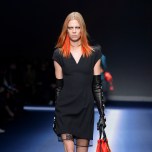 Was this Donatella’s Versace’s last collection? Is she about to hand over the creative helm to her friend Riccardo Tisci, recently exited from Givenchy?

That possibility wafted about Versace’s show venue as guests settled into the cavernous space, ringed with scrims for psychedelic video projections. Time will tell whether she approached the collection as a valedictory: With its positive messaging, signage encouraging “Love,” “Courage,” “Equality,” it could have been so. Or it could have been another instance of playing to the moment of political dismay via runway proclamation. Yes, we should all love, have courage and fight for equality for all, as Versace’s clothes implored in appealing bold block letters. We should also all be feminists (Dior) and “not be silenced” (Prabal Gurung). But if you’re going to put it on a knit hat or nearly naked top, you better get there early. Because fashion’s written affirmations are looking as familiar as the bright orange, blue, yellow and clip-in hair extensions many of Versace’s models wore, the kind you see coming and going in every mall in America — and we’re just half way through Milan.

Yet the collection featured much more than positive thoughts. When you start your program notes with the word “diversity,” it may give subconscious license to roam. Versace opened with black tailoring that beautifully projected the refined woman power at the core of her message — short, round-shouldered coatdress over sheer underpinning marked with “Equality”; cropped jacket over slim, low-slung skirt that exposed a slice of skin at the midriff. She went on to further develop elements of street and sport that have lately infiltrated her vocabulary, often in contrast to flou. It made for some great-looking clothes, especially sheepskin outerwear with edge and sexy draped dresses in a graphic open-weave tweed. Versace also showed impressive sportswear, including a snappy camel coat over graphic red-and-black sweater, checked skirt and chambray shirt, its tails hanging out, flashing “Strength.”

The ideas came rapidly and at times randomly: decorated denim and mink; sheer appliquéd dresses and Ts; girly dresses with flounces and cutouts, and others, athletic-inspired with overlocked seams. In the end, multitude felt a bit disjointed. Which may have been the point. As Versace wrote in her program notes, “Diversity, strength, individuality.” Valedictory or not, she showed plenty.