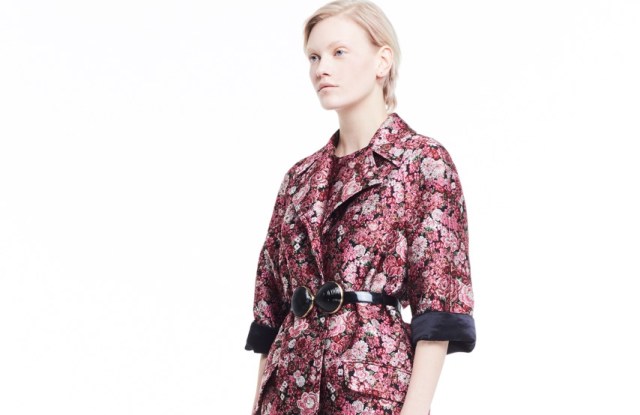 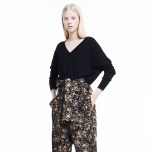 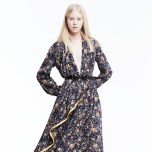 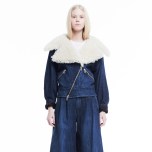 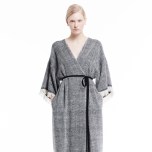 Adam Lippes’ increasingly global customer base led him to pull references and fabrics from all over the world, resulting in a beautiful fall lineup shown once again in his Greenwich Village townhouse, where a rally for women’s rights was beginning to assemble nearby in Washington Square Park. (Lippes created handmade protest signs for an early morning photo shoot with his models, who would undoubtedly be the chicest girls at any political rally.)

While designing the collection, Lippes took a two-week trip to India, where he worked with a local printmaker in Jaipur on a floral pattern. Printed onto fluid silk and featuring hand-painted gold accents, Lippes worked the fabric into a one-shoulder scarf dress accented with tiered layers of gold fringe and a long-sleeve wrap dress nipped at the waist with a belt designed by Dezso’s Sara Beltran. He also placed a new emphasis on tailoring; a great-looking pale pink silk corduroy blazer could be buttoned across the body for a more nipped waist, and worn with trousers to match. Elsewhere, his pink and magenta floral brocade opera coat, with matching stiletto knee boots designed with Manolo Blahnik, was a knockout.