Greg Armas aimed to break the mold for fall with elements of surprise and experimentation. 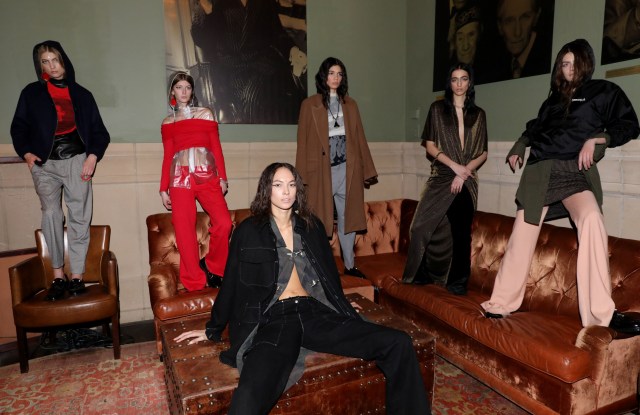 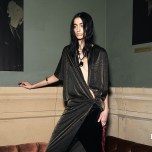 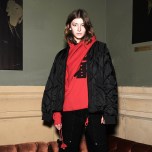 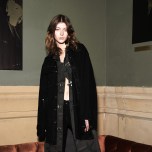 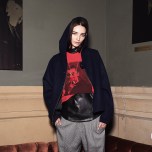 It doesn’t get more downtown than showing your collection inside of a packed hotel lounge, with models standing atop couches, changing in and out of looks in a separate corner of the room. A bit frenzied and dysfunctional, yes. But none of Assembly New York’s fans are bothered by that sort of thing; at least the ones who showed up didn’t seem to mind. Greg Armas’ label and its devotees are all about nonchalance — and at least there was booze.

This season, Armas aimed to break the mold with elements of surprise and experimentation. “In terms of styling, we took underpinnings and used them as outerwear,” he said, motioning to a black mesh top worn on top of a red wool coat. He wanted the season’s color palette to be intentionally incohesive; all of it was meant to be mixed and matched, and the more unexpected the combinations, the better. “[Our girl] knows what she’s doing,” he said. “She’s mixing in her old stuff, her boyfriend’s stuff with our pieces.”

Indeed, there were tons of borrowed-from-the-boys pieces on deck, as in Armas’ houndstooth-print, drop-pleated trousers with a tuxedo stripe and an oversize, plaid wool raglan trenchcoat. A brown hooded leather coat was a standout; he styled it with a zebra-striped hoodie and a black leather cami dress. A transparent rain slicker was worn, unexpectedly, underneath a red off-the-shoulder terry knit top with matching terry pants. Even if his girl isn’t bold enough to replicate the collection’s styling — although we don’t doubt that she is — there were tons of great pieces to pull from.