England, Spain and Romania were inspirations for Caroline Belhumeur's collection. 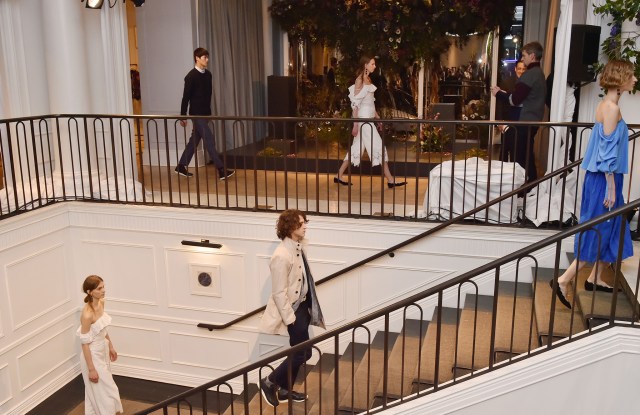 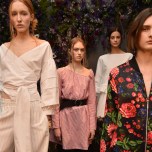 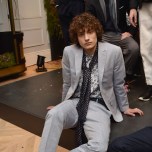 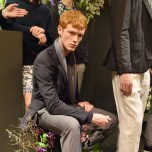 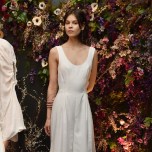 The Club Monaco team sure knows how to make a big deal of a rather basic fashion event. In this case, it was to celebrate Caroline Belhumeur’s spring collection for the retailer, on sale now. Kleig lights on the sidewalk, its Fifth Avenue flagship decorated with floor-to-ceiling trees and flowers, elaborate catering with an assortment of wines and a slew of models wearing these newest looks. And all the hoopla was rewarded with a packed crowd of photographers and young bloggers with mobiles held high.

“A documentary I saw that followed the way music travels inspired this collection,” said the designer, who cited England, Spain and Romania as inspirations. The gypsy spirit was evident in lots of long, tiered skirts, peasant blouses and even in a structured pantsuit, shown in a floral pattern that came from a Romanian scarf print. “I like to have sculptural shapes to offset the gypsies,” said Belhumeur. “It adds an urban edge; and that’s where we are, after all.”

The men’s wear was designed to complement the women’s collection and, as a result, featured masculine takes on the floral patterns so prevalent in the feminine offering. The nine men’s looks, according to Matthew Millward, vice president of men’s design, hit the major trend of the season: “soft tailoring meets sportswear,” and was intended to be “elevated and sophisticated and not too street.” For Millward, this translated into a nylon blazer with a light fill that paired well with pleated white linen pants in a generous silhouette. He also offered up a play on the traditional chalk-stripe pattern that he “twisted in a sartorial way” by using it in a sweatshirt. The stripe was also offered in a comfy pant with an inverted box pleat. The looks were worn with floral or striped shirts that in some cases had a vintage feel.

One standout was a bomber in a jersey fabric mixed with nylon that was worn with tailored track pants. And there was a reversible jacket with a subtle floral print on one side and a solid on the other. Millward’s sole step into streetwear territory came in a bomber with an allover red floral print. “It’s our take on street style in a fun, expressive way,” he said.