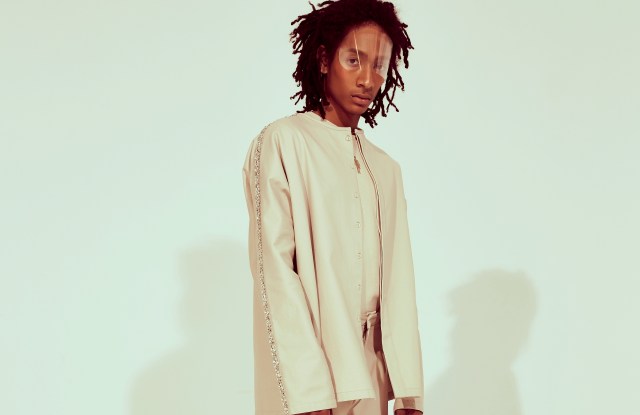 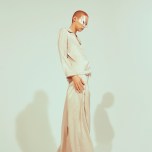 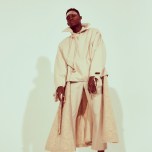 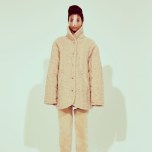 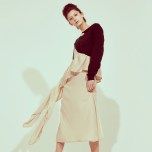 Designer Hillary Taymour explored the idea of human existence beyond earth, after the depletion of natural resources on our planet. She considered the terraforming of Mars and whether it’s a realistic option to even consider — personally, she’d love to inhabit Mars within her lifetime. It would force humans to face problems beyond race, nationality and gender: Taymour designs with a socially driven conscience, after all.

With that in mind, the laid-back, gender-fluid collection she presented wasn’t so much a display of prototype clothing for outer space, but rather a continuation of updated classics she does well, now with elements taken from ideological assumptions of life on a different planet. “I’m normally very monochromatic and simple, but I thought, OK, the person who goes to Mars is rich, so let’s rich out some things,” Taymour said at her presentation. Durable fabrics like “weird” nylons were embellished with rhinestones and pearls, as on a Space Age baby-blue ensemble outfitted with a pearl top and metallic linen pants. A golden bronze velvet ensemble was also very cool. Elsewhere, there were playful takes on shirting and a continuation of the ruffle adornments now on dresses, one especially featuring a single strap.